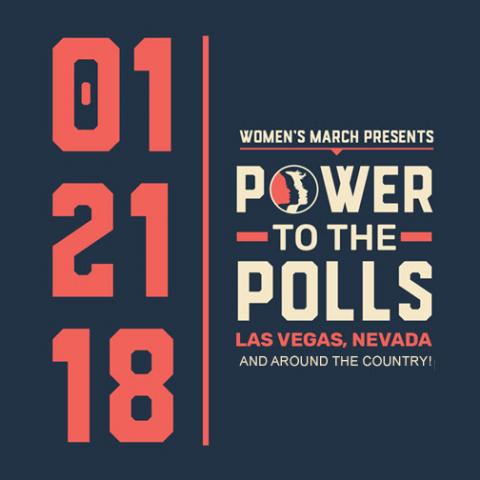 Are You Marching Today?

I'm throwing my clothes into a suitcase as I try to get this one last message out to you. I'M HEADING TO THE WOMEN'S MARCH ANNIVERSARY IN LAS VEGAS, and I'm beyond excited! The historic Women's March last year was transformative. It inspired and empowered a whole new generation of women leaders, and I can't wait to see that generation continue to grow from this year's march.

When it comes to inspiring and empowering women, MomsRising is all-in. That's why we are one of the Las Vegas sponsors and will have a booth at Sam Boyd Stadium. Please drop by if you'll be in Las Vegas too!

If you plan to join the march in Las Vegas or another march in your community, would you let me know by RSVPing here?

Yes, one year after Donald Trump became President of the United States, did anyone really think that women wouldn't take to the streets again? Of course we would, not least because it's now 2018, and we have our eye on the prize: Voter engagement in the midterm elections — and positive policy change to increase economic opportunity and decrease discrimination at the city, county, state, and federal levels. At this year's march, we — along with many other organizations — will be the kicking off a national voter registration and mobilization tour: #PowerToThePolls.

*Sister marches will also be happening in other cities around the country on both Saturday and Sunday of this upcoming weekend, depending on where you are located. (Scroll down for more details and resources.)

If you plan to march in Las Vegas or in any other city around the country, let us know by RSVPing so we can let the media know and build buzz: http://action.momsrising.org/signup/WomensMarch_RSVP2018/

Thank you for all you do. Maybe I'll see you in Las Vegas?

No matter where you are this weekend, I know that together, we all will #KeepMarching!