Antibiotic Resistance: What It Is, What We’re Doing about It, and What You Can Do to Help 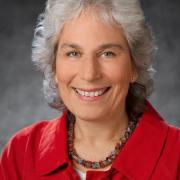 Dr. Beth Bell
Share This
Add your voice to the comments

As a doctor, my greatest fear is to be unable to help a patient when they need me the most.  Likewise, I think the greatest fear of every parent is to see his or her child in pain and be powerless to help.  For too many doctors and parents, these fears are becoming increasingly real with the rising problem of antibiotic resistance – when germs outsmart the medicines intended to treat them.  Every year, antibiotic-resistant infections cause at least 2 million illnesses and over 23,000 deaths in the United States. If we do not take action to combat antibiotic resistance, those numbers will rise.

The Federal government has been tackling this problem head on. Last September, President Obama signed an Executive Order launching Federal efforts to address the rise in antibiotic-resistant bacteria, and the administration released its national strategy for combating antibiotic resistance. The President’s FY 2016 Budget builds on these and other recent work by nearly doubling Federal funding for combating and preventing antibiotic resistance.

This funding will work to protect patients and communities in several ways: by helping ensure that the antibiotics we already have remain effective in treating disease, putting in place more robust systems to identify antibiotic resistance where and when it starts, and supporting research to discover new antibiotics and develop new tests that help target antibiotics to situations where they are most useful.

Antibiotics are miracle drugs when used to treat the right illnesses. Illnesses such as pneumonia that were life-threatening only a few generations ago are now relatively simple to treat with antibiotics.  Today, we use antibiotics not just to cure illness, but also to prevent infections following surgery and to help cancer patients on chemotherapy. When used appropriately, antibiotics can be a useful, life-saving and necessary part of treatment for a myriad of conditions caused by bacterial infections, including sepsis.

However, every time your child is given an antibiotic they don’t need (for instance, to try to treat common colds and other illnesses that aren’t caused by bacteria) or instructions for taking antibiotics aren’t followed, the risk of bacteria developing resistance to those drugs increases.

With additional funding, CDC and partners throughout the government will continue to keep antibiotics effective by engaging doctors and hospitals to make sure antibiotics are used appropriately, and by better tracking antibiotic use nationwide so that we can target areas that need improvement.

Reducing and Containing the Spread of Antibiotic Resistance

With additional funding, CDC and other parts of the government will improve our nation’s ability to detect antibiotic resistance.  This funding will also support the establishment of Antibiotic Resistance Prevention Programs in all 50 states to identify resistance “hot spots,” and target efforts to stop further spread.

Advanced tests that quickly identify infections and antibiotic resistance are needed to ensure that doctors prescribe the appropriate treatment: which may or may not be an antibiotic.  In addition, new antibiotics and other treatment therapies are critical to protecting our loved ones in the case that bacterial infections do occur.

With new funding, the Food and Drug Administration (FDA), the National Institutes for Health (NIH), the Biomedical Advanced Research and Development Authority (BARDA), and other parts of the government will be able to do important research to accelerate the development and approval of these novel tests and treatments.  Investments in the President’s FY 2016 Budget increase support for this type of critical, innovative research.

*What You Can Do*

As a parent, there are steps you can take to protect yourself, your family, and your community from this threat:

Beth P. Bell, MD, MPH, is the Director of CDC’s National Center for Emerging and Zoonotic Infectious Diseases (NCEZID).  Dr. Bell received a BA from Brown University, an MD from Yale University, and an MPH from the University of Rochester School of Medicine. She is a Fellow of the Infectious Diseases Society of America, the American Academy of Family Medicine, and the American Academy of Preventive Medicine.  The author/co-author of more than 125 scientific publications, Dr. Bell has received numerous awards for her work including the Alexander Langmuir Prize and the Iain Hardy Award.