Another Barrier to Maternity Leave for Those Most in Need: Knowing About It

Nanette Fondas
Share This
Add your voice to the comments

On Wednesday a new poll [PDF] was released that shows that people who are most likely to need paid family leave are least likely to be aware of programs that provide it. Specifically, California registered voters were surveyed to assess their awareness of the state’s groundbreaking Paid Family Leave Act, passed nearly 10 years ago. Fewer than 43 percent had “seen, read or heard” of the law allowing them to take paid leave to care for a new child or seriously ill family member. The program provides Californians with up to 55 percent of their wages for six weeks from a state disability insurance program funded directly through employee paycheck deductions. People who were less educated and had lower household incomes were least likely to be aware of the program, though having a union member in the family helped boost awareness. 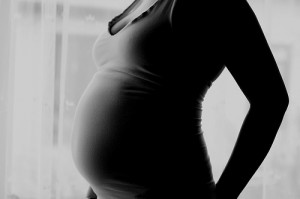 Two other states, New Jersey and Washington, offer paid family leave and someday the U.S. may join the rest of the developed world with a national program. But parents and babies—particularly the most vulnerable ones—won’t benefit unless awareness increases.

Here are the facts outside of those states. Federal law requires only that women can take up to twelve weeks of unpaid maternity leave without retaliation under the 1993 Family and Medical Leave Act (FMLA). Beyond that, benefits are up to employers. And like awareness, access falls along class lines. Consider these three typical mothers:

The first mother has a college degree and works as a product manager for a large U.S. corporation. Lucky her, it’s one of those companies often listed as a “best place to work.” When she finally has her first child in her thirties, she uses her company’s six weeks of paid maternity leave policy to take time off to care for her baby and herself, plus the vacation and sick days she’s been hoarding.

The second mother has a high school diploma and is completing a business degree from a local community college while working as an office manager in an accounting firm. At age 25 she gives birth to her first baby and cobbles together her vacation days and sick leave to create four weeks of paid maternity leave. She stays home caring for her newborn for an additional four months, since her spouse has a job, certain that her own position is protected under the FMLA.

The third mother is 21, does not have a college degree, and maybe not a high school diploma either. She works in retail or food services or child care or home care. Her employer is a small business that cannot afford to offer paid leave of any type, and because it has fewer than 50 employees, she is not entitled to take any of the twelve weeks of unpaid leave provided by FMLA (not that she could go without the paycheck anyway).

See the pattern? Those mothers and families who most need paid leave following childbirth are the least likely to get it. This was confirmed last week by a new Census Bureau report [PDF]. The headlines heralded that a “majority” of U.S. moms now get paid maternity leave because 50.8 percent of working women receive some paid time off following the birth of a child. This is an improvement over the early 1980s, when only 37.3 percent had some paid leave. But submerged in the details of the report is the fact that older mothers with full-time jobs and college degrees are far more likely to have paid time off. Two-thirds of college graduate mothers took paid maternity leave but only 18 percent of mothers with no high school diploma could do so.

Though the disparity is understandable and explained by a mother’s place in the educational, organizational, and occupational hierarchy, it comes as a shock nonetheless to contemplate the differences between the “haves” and “have nots”—especially since we are talking about newborns here and our obligation as parents, friends, and citizens to ensure they are cared for in their earliest days of life.

And now, the California poll suggests that those with least employer access to paid leave are also least likely to know about state-level programs. So I asked the authors of the poll, Dr. Eileen Appelbaum and Dr. Ruth Milkman, what could be done to boost awareness in those states. They suggested the very sensible steps of requiring doctors and community health clinics in low income neighborhoods to distribute brochures in their offices explaining any paid family leave program. In addition, community-based organizations with direct links to immigrants, low-wage workers, and other disadvantaged people, as well as the WIC agencies that serve low-income mothers, should have paid family leave brochures to distribute to every client they see.

But there’s a need for activism here as well. At a time when socio-economic disparities and injustice top the news in the form of “Occupy Wall Street” movements around the country, this latest maternity leave news reminds us that even babies have a stake in the 99 percent movement.

How can even more mothers and fathers be reached? To “occupy” paid leave and reach parents on all rungs of the economic ladder, I asked Kristin Rowe-Finkbeiner, Executive Director and co-founder of MomsRising.org, for some advice. She said:

Tell women about the policies on Facebook, Twitter, by email, phone, at work, and out in neighborhoods. This is something that we should all shout from the rooftops. MomsRising has grown from a handful of mothers in 2006 to over a million members today through women telling women using new communication tools. So we know that by using new communication tools–like the Facebook, Twitter, mobile phones, and blogging– friends sharing information with friends can be an effective way to distribute information. We can do the same to spread the word about access to this important workplace policy.

Friend to friend, doctors to mothers, agency to clients: whether we shout from the rooftop or send texts to our sisters, we all need to make those Americans entitled to paid leave aware that they have it–and we need to support family-friendly programs like paid family leave for all Americans.