Anger Turned Inside: The Fight For Native Families 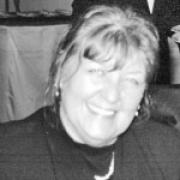 Trace A. DeMeyer
Share This
Add your voice to the comments

This blog post originally appeared on the blog lara (author-blogger).

I am honored to take part in the Moms Rising Blog Carnival and bring awareness to "Raising the Voices of Native Americans."  I wrote a blog post  "Anger Turned Inside: The Fight for Native Families" to coincide with a documentary that aired on Al Jazeera Fault Lines in November. (They are now creating a webpage with some of my adoption search and reunion and photos.)  My blog "Lara" exposes issues of Human Trafficking in 2013 and Indian Country.

I am 57 years on the long road as an adoptee warrior.

In the past year, my adoption wariness rose to a whole new level with the Baby Veronica and Dusten Brown story. When asked how this tragedy affected me, I’d say, “I am Ronnie Brown 50+ years later. My dad would have raised me too.” I hurt to think about Ronnie. The adoption industry had won again.

It brought up memories of my own loss, isolation, grief, disappointment, what I call “anger turned inside,” and how it tore me to shreds.  With the very real long-term effects of assimilation by closed adoption, I’d spent more of my life as a stranger to my own relatives. Hopefully, Ronnie Brown won’t have this problem to endure.

My own recovery started when I read my adoption file in 1979 and saw my name Laura Jean Thrall. I was 22 and didn’t quite know what to do with this information. I’d hoped someone was looking for me (sadly no one was.)  I didn’t get depressed or feel suicidal, but apparently many adoptees do hurt themselves and suffer more than the world realizes. I pretty much faced everything head-on, like a car crash.

After reunion with my birthfather in 1994, my story became more about finding history. What is known today about the Indian Adoption Projects and the aftermath of ARENA, few people even know it happened…but right here in America, Native children were taken and given to white people and missionaries and boarding schools for a reason. Every Indian reservation has this story. Thousands and thousands of Indian children disappeared. Their reason:  kill the Indian to save the Man, eradicate our sovereignty to take more land.

Adoption was used a weapon against American Indians and First Nations. Tribal children were sold into adoption, molded into American proto-types, tribal membership erased.  In some states, it’s still happening in 2013.

For the Lost Children of Indian Adoption Projects, blood is never erased by adoption. But with sealed adoption records, it’s nearly made impossible to reunite.

November happens to be Adoption Awareness Month. Fault Lines on Al Jazeera America has a new documentary “THE FIGHT FOR NATIVE FAMILIES” to air on Friday, Nov 8th, 9:30pm ET and 12:30am ET and 7pm ET on Sun Nov. 9th.  The Series website with channel info: http://america.aljazeera.com/watch/shows/fault-lines.html