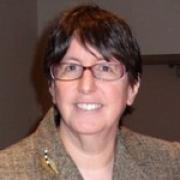 Sammie Moshenberg
Share This
Add your voice to the comments

I’ve never been to Alabama and yet it has featured prominently in my personal narrative. Just days before my 12th birthday in January 1963, George Wallace was sworn in for his first term as Governor of Alabama. The words from his inaugural address rang well beyond Alabama's borders: “Segregation now, segregation tomorrow, segregation forever!”

Where I lived then in Baltimore, Maryland, the growing civil rights movement was beginning to have some impact (after all we were south of the Mason-Dixon line but just barely!). But George Wallace’s words gave comfort and inspiration to the so-called Dixiecrat Democrats in my home state who, three years later, chose segregationist George P. Mahoney as their nominee for Governor of Maryland.

Even as a girl I understood the power of the state of Alabama as the engine that drove a racist movement that was completely antithetical to everything I was taught at home and heard from the pulpit of my progressive Reform Jewish temple each Friday night.

Since then, Alabama –- as other southern states -- changed with the times: integration took hold, the political landscape changed in some places with the election of African American leaders and the state seemed to have squeezed into what became known as the “new” south. In the last decade, the new south, especially Alabama, has changed even more.

During the last decade, according to the Center for American Progress, Alabama’s Hispanic population has more than doubled, accounting for a substantial percentage of the state’s economic growth during that same period. This economic boon for the state has been welcomed, if you will, with the same response as the fledgling voting rights movement among African Americans was welcomed back in the early 60s – with racist rhetoric and draconian laws.

No, Alabama isn’t alone in its anti-immigrant policies and sentiments. (Sadly, Virginia – where I now make my home – has its own shame in this area.) But Alabama is certainly one of the engines driving the current national anti-immigrant movement with the passage of HB 56, Alabama’s “papers please” immigration enforcement law, just as it was in George Wallace’s day.

So with this in mind, I pack my bag for Birmingham -- traveling with my sisters as part of the We Belong Together Women’s Delegation to Alabama to gather stories from women impacted by HB 56 and overall impressions – to reach out in solidarity with my sisters who are fighting for human rights for all in Alabama. And, just as it did from afar when I was younger, I anticipate that this short trip will have a formative impact on me.