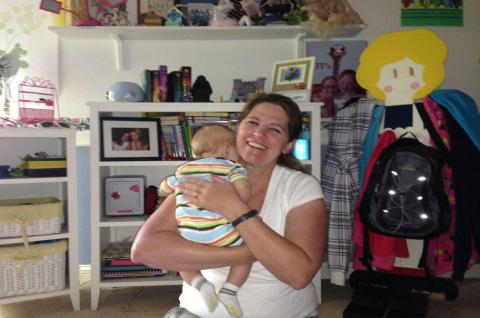 Author with her son 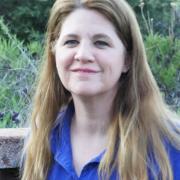 Shannon Kiedrowski
Share This
Add your voice to the comments

I’m a commercial airline pilot, and I love my job. As a kid, I was obsessed with airplanes.  My parents encouraged my passion for flying, and in spite of the odds — women currently make up only six percent of commercial pilots — I became a pilot.

I spent many years chasing my flying career. In 2002, I got my dream job as a first officer for Frontier Airlines. Along the way, I fell in love, got married, and decided to have a baby. I never questioned whether I could have it all, because I had it all — the dream flying career, as well as a family and a life outside of work.

But after I had my baby, things got a little tricky.

Frontier Airlines’ maternity policy for pilots allows 120 days of leave, all of it unpaid. Many of us can’t afford to take the full amount of time off because we are also forced to take mandatory unpaid leave at least eight weeks before giving birth. (Most airlines don’t let women fly after 32 weeks of pregnancy, mine included—but they also don’t allow you to seek job-reassignment so you can keep earning a paycheck). Then, when we return to work, Frontier does not make any accommodations for us to be able to pump breastmilk so that we can continue to breastfeed our children, as recommended by the American Association of Pediatrics for the first year of life. This combination of limiting the amount of (unpaid) maternity leave we can take and not making accommodations for us to pump breast milk once we return to work puts new mothers in the heart-wrenching position of having to choose between our jobs and breastfeeding our children.

This is how my life of pumping at work typically looked: I would arrive at the airport at least a half hour earlier than I normally would in order to pump before the flight. Because there were no lactation rooms at the airport at the time, I would wait for the family restroom to become available.  Once the pumping was done, I’d report for duty. Upon arrival at the destination airport, I’d go to the aircraft lavatory and pump again, while cleaners, flight attendants, and possibly the other pilots bang on the door because I am in there for 15 minutes, sometimes longer.

Pilots sometimes fly two-, three-, four-, or even five-day trips. I was lucky to have enough seniority that I was usually able to arrange my schedule so I could be home to nurse my baby each night. But on those occasions when I did have to do a two- or three-day trip, I would have to request a refrigerator in my hotel room, pump while on the layover, figure out a way to transport all the breast milk I had pumped, and hope that it did not spoil before I got back home.

Throughout this process, I was left to figure it out on my own. Rather than support me, company management questioned my parenting choices as well as my commitment to my career.  They even questioned why I didn’t switch to formula.

I battled for months to get Frontier’s management to develop a policy to help future new moms, meeting with my union reps and presenting research on other airlines’ practices, but my efforts went nowhere — I think they hoped this would never come up again. Sure enough, in the three years since my child was born, five other new mothers have faced the same difficulties. Some developed mastitis, a painful infection. Others lost their milk supply and could not continue breastfeeding. They too appealed to management for help, but like me, they were left to figure it out on their own because Frontier still has no official policy in place to support nursing moms. For a long time, it wasn’t even clear whether we’d be disciplined if we pumped on the aircraft.

Despite the difficulties, I managed to breastfeed my child until he was 12 months old, an accomplishment that I was immensely proud of. But it wasn’t easy, and I felt a huge sense of relief the day I stopped carrying my breast pump to work.

This week, three of my colleagues and I, with the help of the American Civil Liberties Union and the law firm Holwell Shuster & Goldberg, filed sex discrimination charges with the Equal Employment Opportunity Commission. We’re asking for a commonsense set of policy changes that will better meet the needs of pilots who are breastfeeding. These include asking Frontier to provide pilots the option of taking a temporary alternative assignment that would permit us to continue working during pregnancy or breastfeeding; allow nursing mothers additional unpaid parental leave after birth, to remove the worst barriers to breastfeeding;  identify places where a breastfeeding pilot can pump at airports Frontier uses; and allow pilots who are breastfeeding to pump on aircraft if they need to.

If Frontier and other commercial airlines want to attract and maintain the most qualified workforce, they are going to have to take a hard look at whether their policies meet the needs of new parents. We should not have to choose between our jobs and breastfeeding our children. It’s a question of fairness.

This post was first published at the blog of the ACLU. Cross posted with permission of the author and ACLU.