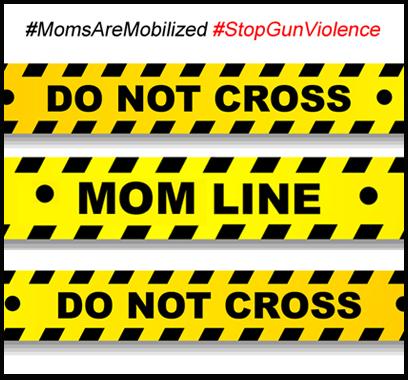 We are heartsick from the parade of senseless gun-related violence, death and grief dominating the news headlines and our media screens. And WE ARE ANGRY at the inability of our elected leaders to do their jobs in finding solutions.

Enough is enough. Moms, dads and family members are mobilized and demand that our leaders stand with us for the safety and future of our children.

Join MomsRising on the following message TODAY: “We are putting elected leaders on notice: We expect every leader to immediately stand up for meaningful gun safety policy reform to protect our children, our families, and our communities now."

To be clear, meaningful gun policy reform has nothing to do with taking guns away from responsible, law-abiding gun owners.

Meaningful gun policy reform IS understanding that fixing our country’s gun violence epidemic involves a long-term commitment to a range of policy solutions, including, among other things:

These aren’t controversial policies. They are common-sense safety measures. In fact, more than 90% of all gun owners [1] support background checks on gun purchases.

Enough is enough. We are doubling down.

Sign on to the message: “We are putting elected leaders on notice. We expect every leader to immediately stand up for meaningful gun safety policy reform to protect our children, families, and communities now.”

** MomsRising will deliver all signatures to every member of Congress, and we will also invite our members across the country to deliver to their state and local leaders as appropriate. And going forward, we will keep collecting signatures and delivering them, in a growing groundswell that continuously reminds leaders that it is their job to protect our freedom to live without fearing deadly assault and to protect our communities!

From schools to churches to shopping centers — ordinary, everyday places that can be found in any neighborhood across the country, where any of us, or our children, could be at any given time — armed individuals have been taking the lives of innocents, ripping to shreds the fabric of entire families and communities. Enough is enough.

Together, we will advance meaningful gun safety policy reform. It’s time. Not one more.