A Small Doc for Equal Pay; A Giant Leap for One Woman 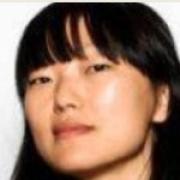 Kate Bryant
Share This
Add your voice to the comments
I’m making a film about the pay gap that I hope will ignite some serious change in the way America does business.

Why I’m making this film.


I started on this project last year after several years of working as a copywriter. Copywriting was one of those choices I’d stumbled on and stayed with out of convenience even though it ran counter to my ethical compass. I do have a side business designing bike bags (with fair wages and natural materials natch), but it hasn’t had the social impact I was hoping for — not yet anyway.

Film has always been an incredibly seductive medium for me. I love the idea of being able to develop a story and capturing it visually. Plus it allows me to tell the stories I really care about in a way other people can understand immediately. I regret not pursuing it more seriously the first time around. But I think I'd been afraid to make that leap; afraid of what Kierkegaard calls the losing of one’s self, of not knowing what new self will take its place.

At some point last year, I realized I couldn’t keep doing what I was doing. I decided I was ready to give up everything to follow my passion; that if it meant going bankrupt and living on the streets, then that life was preferable to the false one I was currently living.

The genesis for the film came during a casual conversation at a women’s networking group. She being Swedish, we talked about pay transparency, childcare, medical leave and how our countries addressed these things in very different ways with very different consequences.

A quick Google search informed me that no one had yet made a film addressing these issues. I knew I’d found my story. And just like that, I quit my job and made the leap.

As enthusiastic as I was, I’m not sure I was quite prepared for how tough this would be — previous business endeavor notwithstanding. With all the new social media tools and the influx of more affordable equipment becoming available, the field for independent filmmaking seems to have been blown wide open. It is now possible to raise funds without major investors, to sell the film directly to audiences without a distribution deal, and to release it theatrically without the backing of a studio. You really can do it all yourself now.

As great as all that is, what it also translates into is a lot more work for the filmmaker to shoulder. I am director and producer, but also outreach manager, social media guru, grant writer/fundraiser, web developer, graphic designer, event planner, and everything else — plus I still have to cook dinner and walk the dog.

It is a learning process to say the least — intellectually, but also emotionally. Every rejection feels like heartbreak. Although conversely, even minor progress feels like a major victory.
Perhaps that is an apt analogy for the equal pay movement. We know what we want from the big picture (sorry for the pun), but we also need to focus on the small wins that will eventually snowball into something greater. Does that mean finally asking for a raise this Equal Pay Day? Or remembering to talk to girls about something other than appearances? Or taking a young woman on to mentor (or finding a mentor)? What is something small you can do today that you can be proud of tomorrow?

This film will be the culmination of many personal small wins. And even if it only plays a small role in the greater movement, I hope that role is the spark in your heart that mobilizes you into action.

If you would like to support the making of the film, please consider participating in the Kickstarter campaign which ends at midnight tonight.