A Slow-Motion Disaster in the Making 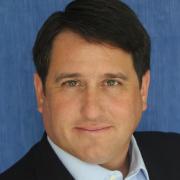 David J. Socolow
Share This
Add your voice to the comments

After waiting until the last possible minute to act, Congress recently averted a shutdown of the federal government by passing a “Continuing Resolution” (CR) for the 2016 federal fiscal year that began on October 1, 2015. Yet this short-term action, which only keeps the government open until mid-December, can’t be counted as an accomplishment because the CR fails fundamentally to meet the resource needs of programs that support low-income families by merely continuing last year’s inadequate funding levels—the lowest in a decade, adjusted for inflation—for all annually appropriated federal programs.

This marks an ominous start to the fiscal year for crucial services, such as child care, education, job training, and health care, that can help hard-working poor and low-income people lift themselves and their families to economic security. And while this short-term fix averted the disruption and severe consequences of an immediate government shutdown, it simply postpones the crucial decisions on funding for key priorities—setting the stage for yet another shutdown stand-off when the CR expires on December 11, 2015.

The consequences would be a slow-motion disaster if Congress fails over the coming weeks to sharply raise funding levels as it deliberates over the FY 2016 budget. For example:

To avoid devastating impacts on families and on America’s future, Congress must fully fund effective investments in education, employment, young children, and anti-poverty strategies like those just described, which in turn means putting an end to the arbitrary, devastating budget caps that go back into effect this fiscal year. These budget caps, established by the “sequestration” provision of the 2011 budget law, are steering Congress toward misguided disinvestment in essential priorities. In Fiscal Year 2016, these caps squeeze total domestic funding to just below last year’s levels—and far below both historical levels and what is needed.

And when total funding is insufficient, the budgets of key programs for low-income individuals and families will likely be harmed even more—as illustrated  by the proposals of the majority in Congress to make still deeper cuts for key child, youth, education, and anti-poverty priorities, as they strive to maintain overall flat funding levels for domestic appropriations under the caps. Last summer, for example, the House and Senate committees passed Fiscal Year 2016 appropriation bills for the Labor, Health and Human Services, and Education Departments that cut more than $3.6 billion from Fiscal Year 2015 levels that were already too low. While these bills have not passed—and President Obama has pledged to veto them—the proposed cuts show what’s in store if the caps are not lifted.

These budget choices are particularly misguided given the reality of recently released Census Bureau numbers on poverty showing persistently high rates of poverty, particularly for America’s next generation of workers and citizens, including children (under 18) and young adults (ages 18 to 24). One in five children and young adults, and nearly one in four young children under age 5, was poor in 2014. A national response to poverty and economic insecurity among America’s next generation, and to the sharp racial disparities and inequality that undercut our future, is within our reach. We can drive down the damaging prevalence of poverty and economic insecurity if we make a national commitment to this goal. Such a commitment should start this fall, with the enactment of a federal budget that expands and invests in the crucial education, child care, safety net, and workforce development programs that stabilize families and promote success. And a truly national commitment must also focus resources and attention on those who face the most barriers—children, youth, and families of color, immigrant families, and those whose opportunities are limited by pervasive poverty in their neighborhoods and communities.

Congress should act immediately to avoid another shutdown threat later this year by negotiating a comprehensive budget deal that lifts the budget caps for annual appropriations in FY 2016 and future years, protects key mandatory safety net programs including Medicaid and SNAP, and fully funds priorities for the most vulnerable Americans.