A Sad Day and a Hopeful Lesson in Orange County 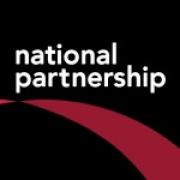 Late yesterday, it became disappointingly clear that voters in Orange County will not see a proposal for earned sick time on their ballots in November. Despite the will of at least 46,000 Orange County voters and a broad coalition of workers, businesses and advocates who played by the rules, Mayor Teresa Jacobs and county commissioners ignored their duties and caved to special interests to keep citizens from being able to vote. This is the most blatant example I’ve seen of moneyed special interests using their clout to subvert the purest tool of citizen democracy: the right of citizens to petition the government.

As National Partnership President Debra L. Ness said, “it is a sad day for democracy.”

Early on, the Florida corporate business lobby made taking down a popular earned sick time measure in Orange County a priority. Perhaps they were worried that momentum built through wins last year in Connecticut and Seattle (and before that in San Francisco, Milwaukee and Washington, D.C.) was coming their way. And perhaps that’s a silver lining in all this – it’s a testament to the strength of the nationwide movement to let workers earn paid sick days.

Through baseless yet extremely well-funded tactics, the Florida business lobby sought to systematically undermine democracy and keep voters from having the opportunity to approve a measure that would strengthen the local economy, protect public health and provide stability for working families. First they sued. When they lost in court, they went to the county commission and the mayor. Why? Because, if Orange County voters had the chance to weigh in, they just might have approved the measure – and that would’ve been unacceptable to the corporate interests who ignore the clear benefits of paid sick days laws in favor of job-killer rhetoric proven time and again to be false.

The truth is this: This powerful lobby has fought for decades against every major advance for workers and their families – from Social Security to minimum wage to the Americans with Disabilities Act. These special interests, which falsely claim to represent the interests of all employers, misconstrue the facts and ignore the significant and widespread benefits of paid sick days for businesses and the economy. They pit businesses against each other, play on myths that distract from the essence of the problems that working families face, and keep voters and legislators from carefully and honestly considering reasonable proposals.

There’s no question that this makes for a daunting road ahead as workers, advocates and enlightened businesses continue to advance paid sick days proposals at the local, state and federal levels. But it should give us hope. We are making progress, and we have the power of common sense and a growing public will behind us.

Vicki Shabo is the director of work and family programs at the National Partnership for Women & Families.