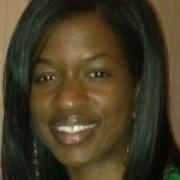 Gail Zuagar
Share This
Add your voice to the comments

I am the mother of two Black boys.  As any mother would, I worry about my children every day—that I might have to rush one of them to the hospital with a broken bone, that they might experience bullying, or that they might one day have to feel the sting of heartbreak.  I suspect Michael Brown’s mother, Lesley McSpadden, worried about some of these things too.  But she should never have had to worry that a police officer—whose job it is to uphold the law—might have killed her unarmed son.

In case any of you have been living under a rock, last August Michael Brown was shot and killed by Ferguson police officer Darren Wilson.  Michael had been staying with his grandmother all summer, and was walking back to her house with a friend when they encountered Officer Wilson.  Conflicting reports suggest that there was a scuffle between Michael and the officer, but we know for sure that Michael was unarmed when he was shot dead in the street.

Last night, a grand jury decided not to indict Officer Wilson.  He will face no charges for killing Michael Brown just days before Michael’s parents were planning to drop him off at college.

Today I feel for Ms. McSpadden all over again.  I can’t imagine what it would feel like to lose a child, especially in the way that Michael lost his life.  It’s just not fair.  Maybe she replays it in her mind over and over again, trying to figure out what she could have done differently to ensure that Michael wasn’t there that day, in that place, at that time.  But mother to mother, I want to remind Ms. McSpadden that what happened isn’t her fault.

Moms should not have to “school” their sons on how to stay alive when confronted by a police officer.   But let’s be honest about the reality facing kids of color.  Racial profiling has been happening for a long time, and will continue.  Which means my husband and I need to talk to our boys about the ways to interact with police officers and how to respond if they’re pulled over by one.  We’ll talk about the fact that they could be stopped and questioned while walking down the street simply because of the color of their skin.  And we’ll explain the history behind it.  Most importantly, we’ll remind them that they are the loving, caring, and considerate boys we raised, and that we’re proud of them because of who they are inside.

Mothers of Black girls have to worry too, given what happened to Renisha McBride last year, and what has happened to so many others.  It’s important that every story of violence against innocent Black boys and girls is told, and not forgotten.

During my first pregnancy, on the day I learned I would be having a baby boy, my mother was excited and happy for me, but her sentiment came with some trepidation.  She said “It’s hard for Black boys out here.”  I’ll never forget those words, especially after watching what’s happened in Ferguson (and in similar cases like it).