A Hope for DREAM 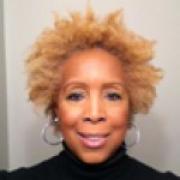 Jacquelyn Lendsey
Share This
Add your voice to the comments

Child advocates have fought for years against the deportation of promising undocumented students. A bill in Congress to recognize them has failed before, but new action on the Hill gives us hope.

The Development, Relief, and Education for Alien Minors, or DREAM, Act is a bill to protect from deportation undocumented students who have kept clean records and were brought into the United States when they were very young. It had been proposed and denied for years in Congress, and last year suffered another setback.

Recently, Republicans introduced an alternative to the DREAM Act, called the ACHIEVE Act. The ACHIEVE Act would not guarantee a path to citizenship, and has other policy problems, like the fact that the visa status awarded to undocumented youth would not be enough to let them join the military. It also probably will not get any traction before the New Year, when a new Congress starts work. But it is a key victory in one respect: DREAM-style protections are now a bipartisan cause.

The fact that both parties are now pushing to reform immigration law for children gives us hope. The general public, when told about DREAM provisions are generally in favor as well, and the Latino vote was key in the recent election, giving policymakers all the more urgency to tackle this issue.

For too long it’s been a DREAM deferred. The original DREAM Act was introduced in 2001, and since then has only faced obstruction. Meanwhile, the country has failed repeatedly to reform immigration law, even as people literally take to the streets and demand it, as they did by the hundreds of thousands in the 2006 immigration protests.

This summer the Obama administration announced that many undocumented youth who would be eligible for the DREAM Act could apply for a stay of deportation. We cheered this as a way to protect millions of deserving kids. But it is only a stopgap measure. Now we need Congress to finally enact into law official protections for these kids who best embody what it means to strive for the American Dream.