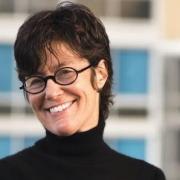 I just dropped my son off at soccer tryouts.  He starts high school (yikes!) in less than two weeks.

We've been talking about and planning for this big day for some time now. He's excited and nervous. So am I. And I think he might be getting a little tired of how much I remind him of the importance of his high school report card, that it's an indicator of how he's doing, and how it can impact his future.

Our nation got a report card recently, and the grades are alarming.  For the first time, the federal government has produced a detailed look at what it is like to be a gay, lesbian and bisexual high school student today.

We all know that high school isn't easy for anyone.  But for LGBTQ youth, it can be nothing short of hell.

Released earlier this month, the groundbreaking report from the Centers for Disease Control and Prevention surveyed more than 15,000 ​American high school students unearthed some alarming data.

Among the findings: Lesbian, gay and bisexual high school students are significantly more likely to be bullied at school or online; be physically forced to have sex; or experience sexual and/or dating violence.

But that's just the start.  The report includes other statistics that the CDC's Dr. Jonathan Mermin described to the New York Times as "heartbreaking​."

Among lesbian, gay and bisexual teens, more than 40 percent have seriously considered suicide, and nearly 30 percent have tried to kill themselves in the past year. Sixty percent reported feeling so sad or hopeless that they had​ stopped participating in usual activities. ​These teens are five times more likely than straight kids to use illegal drugs​, and many of them skip school out of concern for their personal safety.

The report states that "while physical and sexual violence and bullying are serious health dangers on their own, a combination of complex factors can place young people at high risk for suicide, depression, addiction, poor academic performance, and other severe consequences. Data demonstrate that LGB students may be at substantial risk for these serious outcomes." Outcomes driven by anti-LGBTQ bullying, harassment, and discrimination and ones that are preventable should we take the task of addressing homophobia, transphobia, and other prejudices as seriously as this crisis requires.

The results are not a complete picture, since several states opted out of asking questions related to sexual orientation, it did not include an option for teens to identify as transgender, and it did not include current dropouts, homeschooled teens or others not currently attending high school. Yet, we are still talking about a lot of kids: about 8 percent of the respondents identified as gay, lesbian and bisexual and that translates into an estimated 1.3 million gay, lesbian and bisexual high school students across our country.

While the survey does not yet ask about trans identities among high schoolers, existing data demonstrate that their situation is even worse.  A 2012 study by the Human Rights Campaign found that 40 percent of trans and gender-expansive youth reported feeling frequently or often excluded by their peers and 37 percent said they were frequently or often verbally harassed. Today, trans students are all too often subjected to state-sanctioned discrimination with the adoption of anti-trans policies and laws that forbid transgender students from accessing facilities consistent with their gender identity.

There is a false perception of what life is like today for lesbian, gay, bisexual, transgender and queer high schoolers in America. Yes, it is certainly better than it was for me 35 years ago in Nebraska, but every high school isn't a great, or even safe, place for every student.  Not every kid is alright.

This is something our community has known for a long time.  Groups like GLSEN (the Gay, Lesbian & Straight Education Network), the True Colors Fund, and The Trevor Project have done incredible work in K-12 schools and among LGBTQ youth to combat stigma and improve the climate for LGBTQ students and young people.  But no one can do it alone. There are still too many kids suffering at school; too many real faces behind these government statistics.

​The reality is that for every inspiring news report we see about a lesbian or trans student elected homecoming queen, there are still too many experiencing sexual violence. For every heart warming story of the gay football team captain, there are still too​ many committing suicide. For every bisexual ​teenager who is out and proud and president of the student council, there are still countless others who feel so unsafe ​at their school that they don't even show up​. Too many fail and drop out.  Too many turn to drugs or alcohol.

Supportive families are our front line of defense. So are inclusive schools and communities.

Our efforts focus on making an impact well before high school.  For example, our Welcoming Schools program works to reduce stigma and bullying starting in the elementary grades.

Through ​our​ All Children – All Families project, we train child welfare workers to better and more appropriately support LGBTQ youth in out-of-home care. And our annual Time to Thrive conference gives youth-serving professionals the tools they need to promote LGBTQ youth well-being.

Policymakers have a big role as well. A​n important and impactful ​start is with the passage and implementation of local, state and federal anti-bullying policies and nondiscrimination protections.  We must also acknowledge the impact of state-sanctioned bullying that LGBTQ youth face every day in states like North Carolina by their community leaders and representatives.  We must hold elected officials and candidates who engage in toxic anti-LGBTQ rhetoric accountable. And we can all do our part to end stigma by reading up on how to talk to the kids in our lives about LGBTQ issues.

We tell our kids to work hard to improve their report cards.  As a nation, ​it's obvious ​we've got to do that, too.  But it takes more than study.  It takes action.