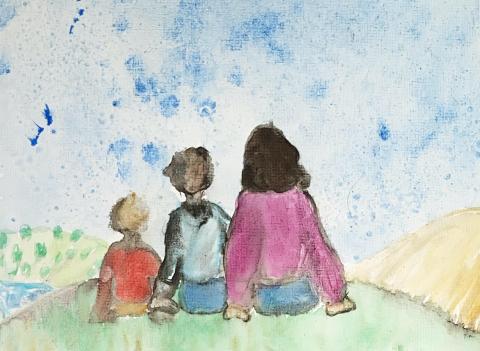 A Foundation of Accountability 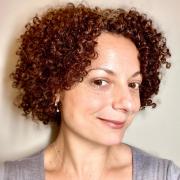 Daniella Knight
Share This
Add your voice to the comments

I became a parent for the third time shortly after the 2016 election, and I vividly remember the sinking feeling of doubt and fear of bringing another child into a world where the United States would elect someone like this as our president. As the descendant of Austrian-Jewish immigrants, the thought of a leader who supports and sympathizes with Nazis and white supremacists was more than just worrisome. I wondered whether this was what my grandparents went through as young adults. Whether my grandmother’s family in Vienna knew that their life was in danger as Hitler rose to power, or whether they could never have imagined being driven from their home, their careers, their community, and seeing their brethren perish. Striving to be a positive and happy parent, I tried to push aside the pain in the world, at least temporarily, so I could fully focus my attention on my newborn boy, and his loving older siblings.

Our eldest was only 5 in 2016, but I was bracing myself for many difficult conversations to come, as parents do, regardless of who was in the White House. I knew that one day we would have to talk about painful issues like racism, discrimination, and school shootings. As this presidency unfolded, the events became progressively more incredulous and bizarre. As I tried to instill kindness, compassion, and conscientious living as values for our young children, we had a leader who was erratic, unstable, and unmanageable, essentially turning the country’s highest office into nothing more than a tacky reality show. As we struggled to survive the Covid-19 pandemic, he mocked and minimized the virus that has claimed the lives of almost 400,000 Americans, and more around the world. I also saw the sad decline of the Republican Party, who although I didn’t align myself with, I considered an important part of the democratic process.

Long gone were the days when my father-in-law would attend both caucuses in his home state of Iowa, and listened as intently to Republican candidates as he did Democrats and Independents. It became increasingly clear that an entire half of our democratic machine had been taken over by those who will at best humor the narcissistic ramblings of a deeply insecure con man, and at worst spin disinformation and exploit his supporters for their own financial gain.

I took comfort in the fact that Americans were not staying silent on this and millions took to the streets to stand up to the inherently racist structure that has kept people of color and minorities in a struggle for justice for far too long. When those same people took to the polls in November 2020 we declared that enough was enough, and that we no longer wanted to stay on this path. That we want to work together to make life better for all of our communities, not just a select few.

I didn’t expect there to be a gracious and mature concession speech, but nothing could have prepared me for the denial, the embarrassing weeks of false fraud claims, the frivolous lawsuits, and their culmination in the events of January 6th. This is not to say that I was surprised that a group of election deniers would come to protest president-elect Biden’s confirmation, or that there would be demonstrations. I was not prepared, however, to have to explain to our now 9-year old, why our outgoing president was at the ellipse riling up supporters to interfere with the democratic process, and that the authorities were unable and/or unwilling to deploy adequate resources to contain this insurgency when the entire year of 2020 was marked by an overabundance of law enforcement resources responding to peaceful protests.

How do I explain to her that white supremacists, wearing Nazi paraphernalia, waving confederate flags were freely walking around the halls of our Capitol building, vandalizing the offices of our elected officials, and disrespecting our laws and political process? How do I explain to her that not only did our president watch this unfold without condemning it, but also had the power to stop it and declined to use it. How do I tell her that it was our vice-president who eventually called in our National Guard, and that several of the responsible parties present at the Capitol that day were retired or off-duty military and law enforcement? Those who are tasked to protect us. How can we trust our institutions, when after the death of four insurgents and two Capitol Police officers, there were, on the day, minimal arrests, and the party of “Law and Order” is currently urging the nation to turn the page and unify, rather than deal with the consequences of their actions?

Our country is facing a set of challenges rivaling the Great Depression, and our very survival depends on our ability to unify. Congress, President-elect Biden and Vice-president-elect Harris, all our state and local officials, and all of our communities have an enormous task ahead of us in healing the wounds from a long battle with Covid, which is not yet over, and digging our nation out of a massive recession. It will take all of our strength and determination. But, this will not be possible if we don’t properly address the events of January 6th, and the conditions which made it possible.

We cannot continue to ignore the disinformation machines, the peddlers of conspiracy theories profiting off vulnerable and disillusioned citizens, and those who amass power by spreading lies and fear of the “other.” If we shy away from this difficult work, the seeds of authoritarianism will continue to spread their destructive tendrils and undermine our ability to uphold our constitution and democracy. This is a movement which seeks to tear down everything we have built since the coming together of our founding fathers. One which desires not to participate, but tear down the political process and destroy all checks and balances in order to install the same kind of regime we fought time and again to defeat in the past.

We must move forward, yes, and unify under common goals. To bring an end to the pandemic, to rebuild our economy, to eradicate the systemic racism of our political and financial institutions. But before we can embark on this journey and build the trust that we live in an equitable society which supports the growth of all of its members, there must be a foundation of accountability. Without accountability, we will continue to build our future on quicksand.