With the tragic mass shooting in Virginia Beach just last weekend (and the seemingly daily parade of gun violence headlines in both local and national news), it often feels like every day is National Gun Violence Awareness Day. Indeed, gun violence takes some 40,000 lives every year in our country. That’s why it’s so important to build the gun safety movement to get our leaders to finally find real solutions.

So this week, in recognition of National Gun Violence Awareness Day, we are dedicating all of our #5Actions to gun safety.

To start, this weekend, please #WearOrange and help build the gun violence prevention movement by joining with gun safety advocates across the country who are gathering to raise awareness and protest the devastating and ongoing toll of gun violence on our communities and our country. Check here to find and join an event near you.

1. Our hearts are broken for the victims and families of the Virginia Beach shooting — Join us in urging Virginia leaders to take action ASAP to stop gun violence

BACKGROUND: More than 1,000 Virginians on average die from gun violence every year in the Commonwealth. Yet Virginia lawmakers have taken zero recent action to improve gun safety. The Republican majority in the Virginia General Assembly have blocked every effort to address gun violence in the Commonwealth, including killing a bill to ban sales of large-capacity magazines.

Join us in saying SHAME — and in urging them to take action for gun safety at the next legislative session!

2. Tell your U.S. Senators to reauthorize the 2019 Violence Against Women Act

BACKGROUND: The U.S. House of Representatives voted to reauthorize the landmark Violence Against Women Act (VAWA). Now it’s the U.S. Senate’s turn. VAWA 2019 makes modest but important improvements to the original landmark legislation that passed in 1994, that has since provided a lifeline to tens of thousands of women experiencing abuse. VAWA 2019 closes the “boyfriend loophole” that would deny violent dating partners and stalkers access to firearms. It also provides important tools to law enforcement officers to help them better enforce existing law.

Sign on to tell your U.S. Senator to reauthorize VAWA! 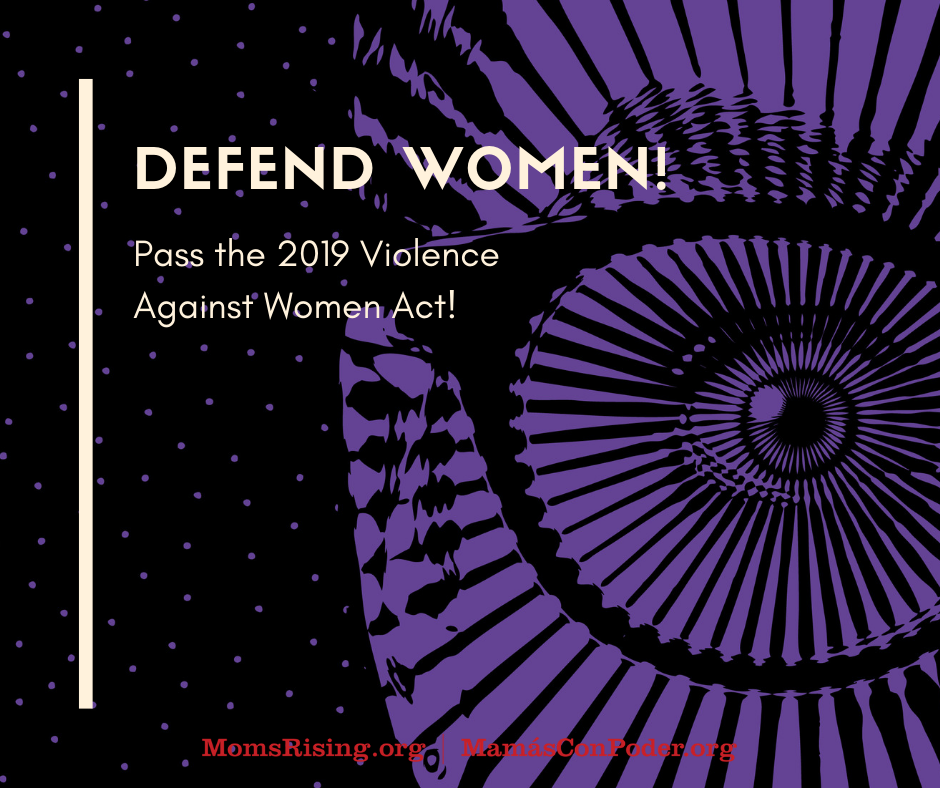 BACKGROUND: Congress is now considering the Extreme Risk Protection Order Act of 2019 (H.R.1236/S.506). Extreme Risk Protection Order (ERPO) laws give family members, law enforcement, and sometimes other individuals like health professionals or school administrators, a pathway for petitioning courts to temporarily deny access to guns to people at risk of harm to themselves or others. ERPO laws have a strong record of effectiveness, and have been enacted in 14 states plus the District of Columbia — with dozens of other states in the process of doing so.

Sign on to tell Congress to pass federal legislation that would incentivize all states to enact live-saving Extreme Risk laws. 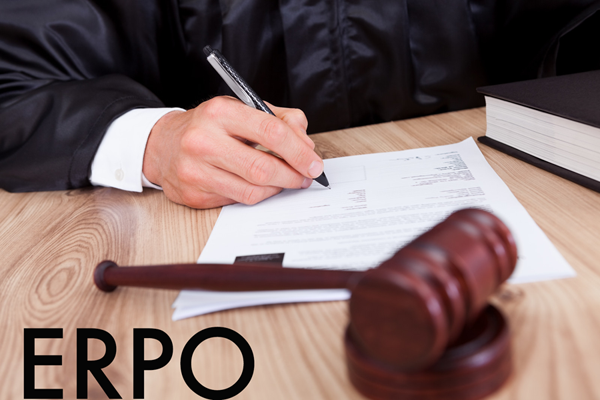 BACKGROUND: On June 7, National Gun Violence Awareness Day, MomsRising held a live vigil on Facebook in honor of the families and communities devastated by our nation’s gun violence epidemic. Attendees heard true stories and experiences about gun violence sent to MomsRising from our members across the country. Those watching the vigil were encouraged to commemorate their own loved ones lost to or injured by firearms by leaving their name in the comments section of the video.

5. Send a selfie wearing orange to MomsRising to include in our Facebook 2019 #WearOrange photo album

BACKGROUND: Orange is the color that Hadiya Pendleton’s friends wore in her honor when she was shot and killed in Chicago at the age of 15 — just one week after performing at President Obama’s 2nd inaugural parade in 2013. Since Hadiya’s death, orange has become the defining color of the gun violence prevention movement. Supporters wear orange to be seen and heard in our demands for a future without gun violence.

Stand up, speak out, and #WearOrange! Send your selfie to keepmarching@momsrising.org.

The time is now to raise our voices, and we’re so thankful that you’re raising yours with ours.