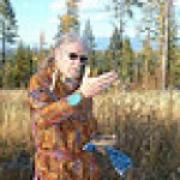 Ojibwa
Share This
Add your voice to the comments

During the seventeenth century Europeans wrote a number of books about American Indians which both created and perpetuated many of the common stereotypes and misconceptions about Indians. Some of these books were basically fantasies reflecting the author’s beliefs about European fantasies; some were works of propaganda intended to foster a belief in the inherent superiority of European ways; some were sympathetic and empathetic regarding Indians and were based on actual observations.

When  the European invasion began in the late 15th century, they encountered a land occupied by people who were not mentioned in their sacred book and who did not fit what they felt was the one and only creation story of the world. What they had to do is to somehow fit them into the Biblical stories of creation and that meant that these Native Americans had to somehow be connected with people known to the Europeans. By the seventeenth century European authors were promoting a number of different ideas to connect the Indians with the Biblical creation stories.

In 1622, English scholar Edward Brerewood in Enquiries Touching the Diversity of Languages, and Religions, Through the Chief Parts of the World speculated that the Tartars (now known as Mongolians) were the first people to enter the Americas. While geographic knowledge at this time was somewhat inaccurate, there was an assumption that American Indians had had to somehow walk to North America. There was an assumption that North America was attached to Asia and thus the Indians could have walked from Asia.

Since Europeans assumed that American Indians were also immigrants, they had to come up with some reasons for this migration. In 1634, letters from well-known theologian Joseph Mede to New England ministers suggested that Indians had migrated to the Americas because the Devil had led them there. His logic was simple: the Devil was afraid of losing his dominance in Europe as the Gospel spread. This had provoked the Devil to gather together the hordes of barbarous northerners who had never heard of Christ. The Devil promised them an empty land superior to their own where they might thrive in a kingdom ruled by the Devil. Building on the fearsome tales of the pagan Northmen (known today as the Vikings) who had cruelly attacked Christians, Mede made it clear that Indians were ruled by the Devil.

So did Indians come to North America from China or from Northern Europe? One possibility was put forth in 1642 in On the Origins of the Native Races of America in which Hugo Grotius concluded that the Indians were the descendents of Germans and Chinese.

In order to place American Indians into the Christian creation stories, there were many people in the seventeenth century who believed that Indians were Jewish. This gave the Europeans an additional excuse for anti-Indian discrimination.

In 1650, Thomas Thorowgood in his book Jewes in America, or probabilities that the Americans are of that race made a comparison of Jewish and Indian culture in an attempt to prove that Indians were really Jewish. He suggested that Indians were descended from one of the lost tribes of Israel. He writes:

“The rites, fashions, ceremonies, and opinions of the Americans are in many ways agreeable to the custome of the Jewes, not onely prophane and common usages, but such as be called solemn and sacred.”

He cited the similarity between Indian and Jewish rites, knowledge of the flood, dancing, and circumcision.

Not everyone agreed with Thorowgood, however, and in 1652 Sir Marmon l’Estrange published his Americans no Jews, or improbabilities that the Americans are of that race. In this book he points out that the features mentioned by Thomas Thorowgood were general human customs and not evidence that Indians were Jews.

While there were no Indians who were writing books in European languages in the seventeenth century, there were some Europeans who wrote works which were not anti-Indian, but were based upon observations of Indian cultures.

In 1632, Roger Williams wrote a small treatise which questioned the English colonists’ rights to appropriate Indian land under the authority of a royal patent. Colonial officials demanded a retraction. William’s work is described as a “large book in Quatro” and no copies of it have survived. His fellow colonists apparently wanted it destroyed and the lack of existing copies today speaks to their success.

In Christenings Make Not Christians (published in 1645), Roger Williams provided an argument against converting Indians to Christianity. He felt that the majority of Christians were unconverted and were as heathen as Indians. He argued that Protestants should abstain from Indian missionary work until they succeeded among their own people.

Roger Williams is shown above.

The newspaper Publick Occurrences carried news about Christianized Indians who had a day of thanksgiving for a very comfortable harvest. The paper is suppressed after one issue in 1690.

Relatively few of the colonists, particularly the English-speaking colonists, learned any Native American languages. While communication with Native people was important, and at times vital, they arrogantly assumed that it was the responsibility of the Indians to learn to speak English. Some of the early books about Indians did, however, include some rather limited vocabulary lists.

New England’s Prospects, written by William Wood, was published in 1634. The book contains a description of the region’s natural history and native peoples. It includes a five-page vocabulary of words and phrases.

Perhaps the most ambitious seventeenth century work about Indian language is A Key Into the Language of America written by Roger Williams which was published in 1643. The book is a phrase book and guide to Indian customs based on his experience among the Narragansett in Rhode Island. The book is organized into three parts: (1) Narragansett words and phrases, (2) geography and natural history, and (3) an account of Indian cultural institutions. He saw the origin of Indians as either Jewish or Greek. This was the first extensive book on Native American language which is published in English.

Roger Williams and the Narragansett are depicted above.

In the book, Williams contrasted Indian culture with European culture. He often challenged the assumption of European superiority by pointing out that while Indians appear to lack civilization and Christianity, in actuality their culture is imbued with more civility and Christ-like spirit than European civilization.

John Elliot is shown is above.

New English Canaan, written by Thomas Morton, was published in 1637. It contained three parts: (1) “The Origins of the Natives; their Manners and Customs,” (2) “A Description of the Beauty of the Country,” and (3) “A Description of the People.” In the book he mentioned the various powers of the Indian medicine men and the ways in which they had to prove their powers.

A Short Sketch of the Mohawk Indians by the Reverend Johannes Megapolensis was published in the Netherlands in 1644. It is not clear if he actually visited any of their villages or if he spoke any of the language. He wrote:

“There is no Christian here [at Fort Orange or Rensselaerswyck] who understands the language thoroughly; those who have lived here long can use a kind of jargon just sufficient to carry on trade with it, but they do not understand the fundamentals of the languages.”

New-Englands Rarities Discovered, written by John Josselyn, was published in 1672. The book was based on Josselyn’s observations of the Eastern Abenaki in Maine. He was critical of the Puritan policies and thus the work was criticized by his contemporaries.

Indians were portrayed as “children of the devil” in 1677 book The Present State of New-England, Being a Narrative of the Troubles with the Indians written by William Hubbard. The map which accompanied the book reduced the Indian presence in the area by assigning non-Indian names to the features shown. The book and its map were a litany of the various acts for which Indians were deemed responsible-burned barns, slaughtered stock, and human massacre.

While many of the descriptions of Indians published in the seventeenth century were based on rather superficial observations, there was one notable exception. In 1643, a young Dutchman, Adriaen van der Donck, set out to observe the countryside of New Netherlands (later called New York) and the Indian people. Van der Donck learned some of the Indian languages and classified the languages of the region as falling into four different language groups.

In the 1652, Adriaen van der Donck finished the manuscript for his book A Description of New Netherland. While he obtained a license to publish it, publication was delayed as the government did not want to draw attention to the colony, fearing that the English might invade.