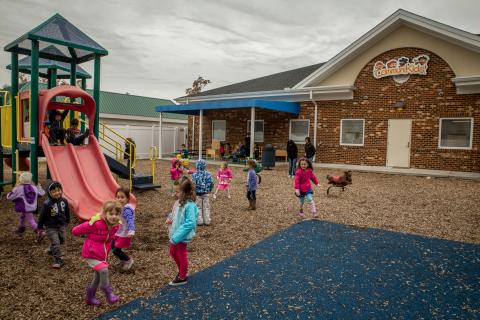 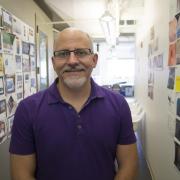 Raul Echeverria
Share This
Add your voice to the comments

If you have been following CommuniKids on social media, you are probably aware that we were recently selected by the D.C. Office of the State Superintendent of Education (OSSE) to become a provider of free pre-kindergarten to 3 and 4 year-old children in the District of Columbia. We are proud of our selection into a program that provides district families with affordable access to high quality early childhood education (ECE), an initiative that is an important first step to help bring the cost of ECE under control.

The high cost of ECE is a major national problem, and District families are under particular pressure. As of 2016, D.C. families spent on average $22,658 per year on ECE services—approximately 35 percent of median household income—on par with what many pay for housing. This cost puts high quality preschool out of reach for most city families. The dearth of affordable ECE options has been a drag on the District’s economy for decades. As young families leave the city to find less expensive, higher quality educational options for their children, the city’s tax base is eroded and the overall competitiveness of the Capital is adversely impacted. The scarcity of options also leads to an achievement gap between children who have access to high quality educational/care situations and those who do not. This, in turn, leads the District to spend more on special education and other remediation than it otherwise would have.

As it stands, the situation slows the pace of economic growth in the city and leaves too many children vulnerable due to the lack of access to high quality ECE. For these reasons, we at CommuniKids believe it is our responsibility to do all we can to increase access to high quality programs by helping to reduce the cost of ECE in our community.

In order to bring down the cost of ECE, it is important to understand the reasons why it is so expensive to educate a young child in the District. While there are many factors that can affect the cost of the service, it mainly boils down to supply and demand. In D.C., there are simply not enough ECE seats to go around and this scarcity leads to sky-high prices. A study by the D.C. Appleseed Center for Law and Justice from 2015 found that there were 22,000 kids under three in the city, but only 7,600 seats at licensed ECE centers (and there are similar shortages in other areas such as Arlington County, Virginia).

In response, D.C. Mayor Muriel Bowser’s 2017 budget directed close to $15 million in new funding for childcare initiatives. The lion’s share of that funding goes towards grants to childcare providers, intended to help providers add 1,300 ECE seats - an overall increase of close to 20 percent. While $15 million is a significant investment, it is not nearly enough to reach the Mayor’s goal. More help is needed in order for ECE providers to make a dent towards the Mayor’s 1,300-seat goal.

ECE providers currently receive childcare subsidy reimbursement rates that cover only 66 percent of the cost of education/care. These rates effectively make providers and ECE workers self-subsidize the system of education/care to low-income families. Under these circumstances, it is impossible for providers to make the investment needed to expand their operations. An increase in the education/child care subsidy rates they receive would go a long way to help providers add more seats and improve teacher quality by providing higher pay, better benefits and improved training. The D.C. Appleseed study suggests that it would take an additional $38 million to cover the actual cost of providing services to low income students. We believe that increasing subsidy reimbursement rates to cover the cost of educating students would be a sound investment, as the extra cash would allow ECE providers to expand their centers and push the district closer to the 1,300-seat goal. Because of the large amount of money required to cover this gap experts suggest phasing in the increase over a four-year period.

Some readers may be asking themselves why taxpayers should spend all this money to fund high quality ECE programs. Nobel Prize winning economist James Heckman has spent his life studying the economics of human development and has found that investing in early childhood education is one of the most cost-effective strategies to promote economic growth. In his most recent research, Heckman calculated that comprehensive, high quality, ‘birth-to-five’ early childhood programs for disadvantaged children yields a whopping 13 percent annual rate of return on investment (ROI) per child.

Even during a budget crisis, this investment is cost-effective as the data show that investments in early childhood education are one of the most effective strategies for economic growth. This is because short-term costs are more than offset by the immediate and long-term benefits gained through reductions in the need for special education and remediation; better health outcomes; reduced need for social services; and increased job participation, self-sufficiency and productivity among families that gain access to affordable high quality ECE. In short, investing in high quality ECE leads to economic growth.

Community Members and Stakeholders Must Advocate for Free Universal ECE

Given the severe shortage of high quality ECE seats in the District and the benefits these programs provide to families and children, it is imperative for people to step into action and support initiatives like D.C.’s Free-Pre-K. While there are still major kinks to iron out regarding the mechanics of implementation, it is important for parents, business leaders, public officials, educators, and community and religious leaders to become actively involved in supporting programs that are on the cutting edge of current educational and social science. As educators and concerned members of our community, we believe it is imperative that our preschools and childcare centers become the venues for ongoing contact and dialogue among stakeholders. From there we can come up with a strategy to make our support for free universal ECE heard in the Mayor’s office, the City Council and beyond.

Our children and families have been neglected for far too long. While other developed countries provide new parents with extensive paid leave, provide high-quality, subsidized childcare for children with working parents and make pre-K available to everyone or almost everyone; the United States does none of these things. Here in D.C. initiatives like the free pre-k program can serve as an example of how to make the well-being of families and children a top economic development priority. Our community needs to be actively engaged, raising awareness of the availability of these programs to D.C. residents and mobilizing district voters to ensure support of these types of initiatives.

So, where should we start to advocate?  At the time of writing, there is a bill under review in the D.C. City Council—the Bolstering Early Growth Investment Act (B22 0355), or BEGIn Act. Introduced by Councilmember Robert White, the BEGIn Act would, among other things, increase reimbursement rates for providers that accept childcare vouchers, create a shared administrative services program, increase salaries for childcare workers, and create a one-stop-center to assist providers in opening new development programs. The bill, which appears to enjoy a significant measure of support in the council, would go a long way to help providers invest in expansion and open new centers; it deserves the support of our community and the District government.

By coming together and supporting legislation, such as the PreK Enhancement and Expansion Act and the BEGIN- Act, our community can start the process of bringing the cost of ECE under control, of promoting continued economic growth while fulfilling the promise of a high-quality education for all.