Getting Out The Vote for Early Care and Education 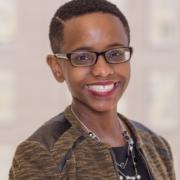 Erin Robinson
Share This
Add your voice to the comments

MomsRising smashed records this year when it came to voter engagement. Volunteers sent over 3.3 million texts and 4.4 million postcards to connect with mom voters. They helped them register to vote, learn about their voting options, and get out to vote early. MomsRising’s staff and incredible volunteers across the country do this work because they recognize that elected leaders at all levels have the power to shape outcomes for young children and their families. MomsRising was not alone in recognizing the need to engage those who care about early childhood in electoral engagement. Several of their partners in this work, including the National Association for the Education of Young Children (NAEYC) and Every Child Matters (ECM) also supported parents, providers, and community members invested in early childhood in making their voices heard and engaging those around them.

As part of its America For Early Ed Initiative, NAEYC created its “Our Votes. Their Futures” electoral advocacy campaign, which engaged thousands of child care providers and families in the 2020 elections. NAEYC teamed up with partners like ECM and hosted virtual panels at both major parties’ conventions, took part in National Voter Registration Day, and used social media to bring attention to child care as an issue to ask candidates about during debates and to hold them accountable for when elected. NAEYC also developed resources to help early childhood program directors support parents and staff in voting and to help start discussions with young children about the importance of voting. For those who ever doubted whether their vote matters, NAEYC even created a fact sheet showing multiple elections which were decided by one vote.

I spoke with two NAEYC-affiliated child care providers who are using their roles to engage in electoral advocacy. Meredith Burton is Director of Furman University’s Child Development Center. For the past four years, Burton’s center has taken part in National Voter Registration Day. She has conversations with parents about the role government plays in early educator pay and how that affects quality. She works throughout the year using her center’s newsletter and sometimes its book club to help parents understand the way public policy influences their children’s education.

Alexandria Boddie is the owner of Dream Academy Learning Center in Memphis. She got parents’ permission to engage her young students in the work of electoral advocacy. She saw this work as an extension of community engagement goals for her child care program. She and her students made signs and stood outside encouraging passersby to vote. She ordered custom T-shirts and masks for her students which also encouraged voting. She does this work because she wanted people to understand the importance of voting through her students’ voices.

Though some child care providers and parents have jumped right into electoral advocacy, others may not be sure it is something they can do. Jill Applegate, the National Program Manager at Every Child Matters, said she reminds people who are nervous about advocacy that they are the experts of their own experience. Advocacy is about sharing those experiences with the people whose decisions have the power to impact their lives. In Iowa, ECM worked to support a child care center in doing just that. This bilingual child care center is a valued resource in the Des Moines community. ECM connected center staff with candidates to help people running for office learn about the importance of early education and the needs of the child care industry.

After the first few meetings, program staff grew comfortable sharing their stories. They eventually decided to begin voter registration efforts because they realized what effective advocates they were for early care and education. They wanted their community members to be thinking of young children and their futures when casting their ballots.

In 2020, America suffered the effects of a mismanaged public health crisis and an economic recession while also holding elections at every level, from President down to local offices. Despite the absolute chaos around them, many parents, child care providers, and others who care about early childhood stepped up to educate voters, help them register, and teach people running for office about the needs of their communities. They are powerful advocates and  their work contributes significantly to the effort to elect leaders who prioritize policies and actions which support young children and their families.