A Unanimous Voice in Support of Students 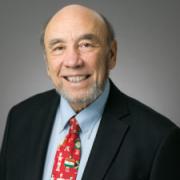 Tom Vitaglione
Share This
Add your voice to the comments

On October 2, the Graham County School Board quietly joined all the other 114 local school districts in North Carolina by voting to prohibit the use of corporal punishment in the public schools. Thus, for the first time in the history of our state (as well as the colony before it), no students attending public schools will fear being hit by a teacher or principal.

This is the culmination of an advocacy odyssey that began in 1991 when the NC General Assembly declined to prohibit the practice of corporal punishment statewide, but allowed local school boards to decide to stop hitting students as a method of discipline. Wake County was the first to drop the practice, and now Graham is the last.

Over the years, the local decisions were influenced by two key factors. First, a growing number of research studies (now more than eighty) found that there were no academic benefits from corporal punishment, but plenty of negative outcomes, including impaired social and cognitive development. Second, a whole new generation of teachers and principals was not only familiar with the studies, but had been trained in successful alternative methods of student discipline.

All of the local districts having spoken, this issue will now cycle back to the General Assembly to consider enacting a statutory ban on corporal punishment in the public schools. The current statute defines corporal punishment as “the intentional infliction of pain upon the body of a student… as long as medical care beyond first aid is not required” (G.S. 115C-390). This has been described as our state’s most grisly statute regarding children. Given the now universal local voice, the current statute clearly does not describe who we are as a society today.

Hopefully, the General Assembly will take up this issue early in the upcoming session and make North Carolina the thirty-second state with a statutory ban on corporal punishment in the public schools.

This post originally appeared at the blog of NC Child.

Take Action to Stop the Defunding of Florida Public Schools!