A few weeks ago, we asked MomsRising members to sign our petition urging Congress to support paid family leave, and the response was huge. Nearly 10,000 people signed the petition so far. We want 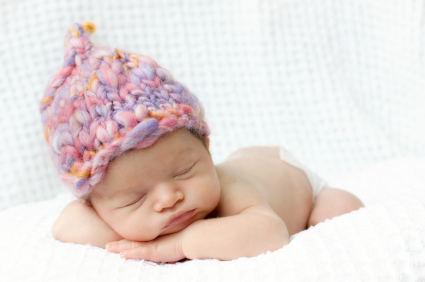 Click here to sign the petition (And if you’ve already signed, thank you! Feel free to send the link to friends and family so they can sign too!) http://action.momsrising.org/sign/pfl_petition/

MOMentum for paid leave is growing at the grassroots level. We frequently hear from our members about how important paid leave policies are for their families’ health and economic well-being. MomsRising members like Candice and Heidi who shared their stories with us:

I admit that I was naive to the fact that America is far behind most of the world when it comes to Paid Family Leave prior to getting pregnant.  And now that I am pregnant and more educated on the subject, I am outraged. I work for a small company that is not required to comply with any law other than the Americans with Disabilities Act. My pregnancy is not a disability.  I will take 12 weeks off.  I will not be paid.  I am not guaranteed that my position, a similar position or a position with the same pay will be available when I return. I will spend almost $2000/month for medical insurance premiums. And when my COBRA coverage runs out, mid leave, I am not sure what I will do yet. More uncertainty. What I do know is that I will continue to make decisions that are right for me and my family. I just wish the US government was behind me, providing their support too. – Candice

I took three weeks off after Caesarian surgery when I gave birth to my son. Would I have liked more time to recover? Yes. Did I need more time with my newborn son who was suffering from jaundice and who was born a month early? Yes. That wasn't an option. I was lucky to be able to have a job waiting for me thanks to the FMLA, but I couldn't afford more than three weeks, especially with the hospital bills waiting to be paid. I bought a breast pump second hand and pumped in the break room, carrying the milk back and forth with me. It was miserable, exhausting and heartbreaking, but I had no choice. – Heidi

We need to make sure that Congress is feeling the same pressure that MomsRising members’ families are feeling. Help us make sure elected leaders know paid leave is a priority issue for American families.

And there is reason to be hopeful: The President has included $5 million dollars in the annual budget that states could use to start family leave insurance programs that would allow workers to be able to take paid time off of work to care for new children and ailing family members.  [1]

Help us get to 15,000 signatures in support of paid family leave! Sign the petition today: http://action.momsrising.org/sign/pfl_petition/

Study author Linda Houser notes: “While we have known for a long time about the maternal and infant health benefits of leave policies, we can now link paid family leave to greater labor force attachment and increased wages for women as well as to reduced spending by businesses in the form of employee replacement costs, and by governments in the form of public assistance.”

That is some sweet news! And good timing too, because for the first time in history, women comprise half of the paid labor force, three-quarters of moms are in the labor force and the majority of families need two working parents to make ends meet. This and the fact that over 80% of women in our nation have children by the time they are 44 add up – and you can see why this should be the same high level priority issue for Congress that it is for our MomsRising members.

It is long overdue for our public policies to catch up to modern realities.

*Sign our petition to Congress to support paid family leave policies for families! We’ll deliver your signatures to elected officials ASAP along with the message that we can’t afford to wait! http://action.momsrising.org/sign/pfl_petition/

Why is paid family leave so important?

Paid family leave after the birth of a child helps give kids a healthy start in life and gives their families the economic security they need to stay out of poverty at a critical time. At the same time, it can benefit businesses’ bottom line. This saves everyone--from parents to taxpayers to businesses--money in the long run.

Studies show that paid family leave after the birth of a child combats poverty, gives children a healthy start, lowers infant mortality by more than 20% [8] and helps lower the wage gap between women and men. [9]

Yet, in the United States, only 49% of mothers are able to cobble together paid leave by using sick days, vacation days, disability leave, and maternity leave. And 51% of new mothers lack any paid leave -- so some take unpaid leave, some quit, some even lose their jobs just when they need them the most. [10] No wonder having a baby is a leading cause of "poverty spells" in our nation!

In addition, a number of studies have shown that maternity leave has a positive impact on how long women breastfeed, which in turn impacts the long-term health of mother and child.  This is important because major medical authorities recommend that infants be exclusively breastfed for their first six months.  Despite the government's Healthy People 2010 breastfeeding goals, only 13.6% of U.S. infants are exclusively breastfeeding and only 43% are breastfeeding at all at six months of age. [11] Recently the U.S. Surgeon General called paid family leave policies important for families and babies’ health – linking the ability of new moms to take paid leave to increased rates of breastfeeding.  [12]

Paid leave benefits dads too: studies show that while leaves for dads are varied, fathers who are able to take paid leave to care for their children are more involved in their kids’ lives nine months after they are born and are less likely to rely on public assistance. [13, 14]

Paid family leave isn’t just good for families – it also benefits employers.  A 2011 study of the California Paid Leave program showed that most employers found that the Paid Family Leave had a positive effect on productivity, profitability/performance, turnover and employee morale. [15]

For all of these reasons, 177 countries have some form of paid leave for new moms after the birth of a child.  Sadly, the U.S. isn't one of them, setting up our families for failure. [16]

We can do better.

*Join us in showing Congress that paid family leave is a high priority for moms, dads, babies, tax-payers and the economy!  Sign our petition calling on Congress to support paid family leave policies that make America’s families and economy stronger!  http://action.momsrising.org/sign/pfl_petition/

Together we’re a powerful voice for women and families.

P.S. MomsRising is working with our friends at the National Partnership for Women and Families and Working Mother Media to deliver this petition.

[2-7] Linda Houser, PhD  “Pay Matters: The Positive Economic Impacts of Paid Family Leave for Families, Businesses and the Public,”  A Report for the Center for Women and Work, January 2012

[14] Linda Houser, PhD  “Pay Matters: The Positive Economic Impacts of Paid Family Leave for Families, Businesses and the Public,”  A Report for the Center for Women and Work, January 2012