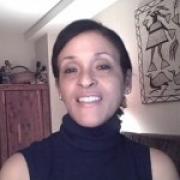 Faye Anderson
Share This
Add your voice to the comments

This week marks the 47th anniversary of “Bloody Sunday,” a seminal event in voting rights history. The televised images of protesters being brutally assaulted on the Edmund Pettus Bridge sparked a national outcry and led to the passage of the Voting Rights Act of 1965.

Fast forward to today, voting rights are under assault. The weapon of choice is voter ID.

Prior to 2006, no state required voters to show government-issued photo ID in order to vote. In November, strict photo ID requirements will be in effect in at least five states – Georgia, Indiana, Kansas, Tennessee and Wisconsin.

Last December, the Department of Justice blocked South Carolina’s voter ID law on the grounds it would make it harder for minorities to vote in violation of Section 5 of the Voting Rights Act. Mississippi and Texas voting ID laws are under review. As of this writing, Pennsylvania is poised to pass a voter ID bill on the actual anniversary of Bloody Sunday.

While African Americans are the face of voter suppression by voter ID, strict photo ID requirements have a disparate impact on women of all races and ethnicities.

Given that 90 percent of women change their name following marriage or divorce, women voters will be disenfranchised if their photo ID does not have their current name.

To all the single ladies who got him to put a ring on it but have since misplaced their marriage license, they will have to pay to get a certified copy if they want to vote.

And for divorced women who want to put the past behind them, they will have to revisit their divorce papers in order to establish their identity.

A study by the Brennan Center for Justice found that only 66 percent of voting-age women have an official document with their current name. As a member of the Facebook group, Mississippians United Against Voter I.D., commented:

The most effective argument I’ve found for making “ordinary” (i.e., privileged) folks understand how problematic voter ID is the case of people who change their names following marriage or divorce. Ask someone if she bothered to update her voter registration with her new name, and 9 times out of 10 you’ll get a no. Right now, I personally would be unable to vote, because I’ve never bothered to trot down to the courthouse with my marriage license in hand to change my registration.

Similarly, in a blog post, “License and Registration Please?,” Brittany Papalia, an intern with the National Women’s Law Center, wrote:

So how do these new laws affect women? Well, if 34% of women lack proof of citizenship, then that may make attaining a photo ID more difficult since most DMV’s require some sort of proof, typically a birth certificate. Not to mention women who get married and change their last name and address! If their state is following a stricter system, then they will be unable to change their address at the poll without proof of their new address.

I am spearheading the Cost of Freedom Project, a citizen-led initiative that is developing location-based apps that will help voters navigate the voter ID application process. With issues of vital importance to women in the political crosshairs, we must move beyond talking about the problem. Election Day is less than eight months away.

We know voter ID is a solution in search of a problem. Still, the voter suppression scheme creates a problem for millions of women voters. But you can be part of the solution.  For more information, please visit us at Facebook.com/CostofFreedom.