Without Unemployment Insurance, My Family Would Have To Choose Which Bills to Pay 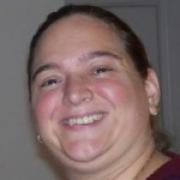 T R
Share This
Add your voice to the comments

I have been sending out job applications since September 2010, and I have received two phone calls and no job offers. I feel so discouraged, yet I know I am not alone. Federal statistics show that there are five unemployed workers for every available position. Also, contrary to the stereotypes out there, we are more likely, not less likely, to look for work because of unemployment insurance.

The truth is unemployment insurance is not enough to cover all of my family’s expenses. Even though my spouse works and I receive two unemployment checks every month, I visit a food pantry monthly to supplement our household income. Something I have noticed is that the line for the food pantry has gotten very long over the last year. When I began to go in September 2010, the wait for food was typically 10 minutes. Now, I must take a number like everyone else. On a weekday morning this week, I was number 42 at 10:30 a.m., and by the time I left 45 minutes later, 88 people had taken numbers. There were still a lot of hours of operation left for the food pantry, a lot more families to feed, and now that there is a wait we spend the time talking to each other. Our stories are all the same: we lost our jobs. We are all dealing with food insecurity.

I have holed myself up at the library to continuously work on my resume, check out the job listings and fill out applications. It’s become a job in and of itself. I am so desperate to find work that I have re-enrolled in school – another expense I can’t afford– to change careers. I have a master’s degree in criminal justice, and there is no work there. I am shifting my focus to counseling.

The fact that unemployment insurance is due to expire at the end of the month has me very worried. We’ve managed not to tell my spouse’s two children about me being unemployed to not worry them. The other day, I stood in a line that snaked around the block with 500 other families to receive a free Christmas tree from a law firm. It was the least I wanted to do for the children this holiday season.

Without unemployment insurance, it would be impossible to keep up this façade. It would mean the difference between us scraping by and not making it at all. Without it, we would have to choose which bills to pay, which means we would be reported to a collections agency. I pray to God that it doesn’t come to that.

Teresa “Tigger” Rey is a MomsRising.org member and former emergency dispatcher who lives in Tampa, Florida, with her wife and two children. She has a master's degree in criminal justice and is now studying counseling.