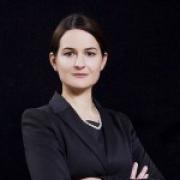 Dr. Elisabeth Kelan
Share This
Add your voice to the comments

One of Aoife’s recent blog entries shared some insights on the PwC Sponsored session that took place at this year’s Women’s Forum for Economy and Society’s annual global meeting.  The session entitled ‘Rising Stars: Developing Millennial Women as Leaders’ was a solutions-focused session based on the research findings of Dr. Elisabeth Kelan’s very recent book of the same name.  PwC have been very proud to support Dr. Kelan’s research and book which focuses on the intersection of generation, gender and leadership and what this means for developing millennial women as leaders.

PwC UK will be hosting a book launch event in their London office next week (19 November) during which we will host a panel discussion focused on the findings of Elisabeth’s research.  If you are interested in attending please contact Aoife and stay tuned to our blog and website as we will be posting videos and a chapter from Elisabeth’s book in the very near future.

In the meantime we are very pleased to share with you a guest blog from Dr. Kelan which zones in on one of the many topics covered in her book: the matter of role models.

Most conversations on women in leadership are quick to pinpoint a genuine reason for the absence of women in senior positions: the lack of female role models. The argument, junior women lack the inspiration to develop into senior leaders as there are so few women in senior roles. What does this mean for Millennial women? Millennial women are women from the Millennial generation, also called Generation Y. Those women are in their 20s and 30s, in junior roles in organizations and preparing themselves for leadership roles. Role models are essential for leadership development because they show aspiring leaders potential selves. Role models allow for identification. We often identify with others who are similar to ourselves. This explains why Millennial women might look for other women as role models. As women in senior roles are still scarce, many Millennial women need to look further afield. With a wider search pattern, Millennial women are likely find senior women who can function as a role model.

However the reality is more complex than the Queen Bee syndrome suggests. Senior women might be overburdened by requests from junior colleagues to support them. They might be tired of being presented as ‘the female’ role model all of the time. Many senior women also feel inadequate as role models because they think of themselves as less than perfect - senior women without children often feel that way. In fact, many Millennial women look for female role models who have it all: a successful career, children and partner in life (they expect more from their role models than their male counterparts who often only want professional success in a role model). Senior women who do not have it all might just appear as less inspirational to millennial women.

Another explanation for the fact that many Millennial women cannot identify with female role models relates to how we imagine leaders to be. In the minds of many people leaders are still white men of a certain age. This is still the ideal that many aspiring leaders try to live up to and obviously women do not fit this stereotype. By being women alone, senior women will appear as unusual leaders and Millennial women will pick up on this. A female leader will appear against the background of the stereotype of a leader as a much weaker role model. What can be done about this? Instead of emulating female leaders, Millennial women should integrate a range of role models. Leaders of the future will have to be authentic rather than clones of others. Millennial women should not struggle to find the ideal female role model but build composite role models that all embody a certain aspect that Millennial women can take on board. Organizational initiatives should ensure for instance that traditional mentoring relationships are going beyond a pair of people but instead embrace a multiplicity of relationships.