Why I Am Driving to Birmingham 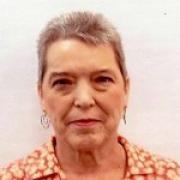 Ruth Ann Powers
Share This
Add your voice to the comments

As practically a native Alabamian, I can tell you that there are many great things about the state. It is a beautiful place and as the state song says, from north to south, east to west, it offers its citizens beauty of the land. Also from the song is a promise to "give all I have, hand, brain, spirit."

So as I drive to Birmingham to participate as a delegate in the We Belong Together Women’s Human Rights Delegation, I will prepare to give my hand, brain and spirit to remove this current abomination of anti-immigrant sentiment from our midst. My dream is that one day Alabama will do something that attracts national attention that is an honor to its citizens and to the country. That one day, we will not be embarrassed by the notoriety we generate.

One of the things I do is teach English as a second language. As you can guess, most of the students are native Spanish speakers. I find the people I work with to be well-motivated, hard-working and contributors to our communities. They work each day, care for their children and their education, do day-to-day chores and build our communities. Some are now not attending classes because of fear and I am making arrangements to go to them.

Why state legislators can't read the U.S. Constitution and realize that immigration is not the business of the states, is beyond me. The current law, HB 56, in Alabama is draconian. I remember that one of our criticisms of the previous Soviet Union was the fact that its citizens had to carry around papers that noted the status of everyone and citizens could be asked for the papers at any time. Now, we are giving that power to state troopers, city police departments and sheriff's officers.

One thing I know, as a White woman, I am not going to be required, at a general traffic stop, to prove my citizenship nor am I going to be held, without charge, until I can. But this is what is happening to Latino residents in Alabama.

Another reason I have for driving to Birmingham is that as a United Methodist Christian, I think it is an obligation to stand with the oppressed and to stand up for justice. I have a friend who reminds me often that Christians are very good at mercy. It is justice that is the hard work of the gospel.

I am happy to see many church leaders stand up for justice in this situation and am glad that Bishop Willimon has taken a public stand. I wish my bishop, Paul Leeland, would make a similar public stand.

Alabama has taken some positive steps in the past 50 years only to slip right off the cliff with HB 56. But I will be there, as an Alabamian, to speak clearly to what I think is right and truth in this matter.