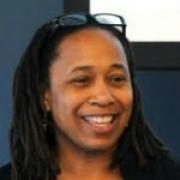 Carol Joyner
Share This
Add your voice to the comments

This week, Martha Roby (R-AL) will introduce the same discredited comp time bill that leaders in her party have been pushing for years. Misleadingly titled “The Working Families Flexibility Act,” HR 1406 would permit private sector employers to offer compensation time in lieu of overtime pay to their hourly work force.

Public sector workers can answer this question.  In 1985, Congress voted to amend the Fair Labor Standards Act (FLSA) allowing government employers to offer comp time in lieu of overtime pay.  Family and flexibility had nothing to do with it:  the bill was framed as a cost-savings measure for cash strapped government agencies. The results:  longer work hours and less pay for America’s families.

The public sector workforce has far greater union density (35.9%) than the private sector workforce (6.6%).  Except in so-called Right-to-Work states, many government workers can negotiate a collective bargaining agreement covering policies for comp time and overtime.   Union workers can stick together: they know the contract, can discuss compensation matters without threat of termination and have formal grievance procedures. But even with those safeguards, workers are often cheated out of money and time.

Ask Linda Burgin, a retired research analyst with Oregon State Agencies and past President of SEIU 503. She describes comp time in lieu of overtime pay as “ a nice idea that resulted in hundreds of hours that she and her colleagues worked without compensation of any sort”.  The real problem lies in getting the comp time off when you need it most.  Due to downsizing, increased deadlines and rapid turnover, agencies are struggling to comply.  Linda recalls that it was usually easier to work the extra hours – without compensation - and get the job done.   That amounts to huge cost savings for the state at the workers’ expense!

Oregon is a state that respects the right for workers to ban together.  The issue plays out differently in so-called Right-to-Work states, where employees rarely bargain these terms with employers.  Nationwide, private sector workers will have no defense against employers who deny overtime pay and insist on comp time.  They already experience high levels of wage theft, misclassification, and other abuses.  HR 1406 would surely increase the number of employment violations – further devastating families.

Supporters of H.R. 1406 claim that the bill would simply give private sector workers an option that public sector workers have “enjoyed.”   It’s hard to find examples.  Our first responders -- fire fighters, law enforcement personnel and others -- often bear the highest price.   In many jurisdictions, they are required to bank 480 hours of comp time before they can receive a single hour of overtime pay.

Deputy Jerel Climpson, Atlanta, Georgia, recalls the days when he still received overtime pay.  Now, he must work extra hours to add to his comp time bank if he plans on taking a vacation, or helping a sick family member.  This policy results in more time at work, less time at home and a real pay cut.  “I’d rather have the cash,” says Climpson.

Recently, the U.S. DOL, Wage and Hour Division recovered over $35 million dollars in back wages from the Department of Corrections and Rehabilitation of the Commonwealth of Puerto Rico.  The agency allowed workers to bank comp time in excess of 480 hours.  The $35 million in back wages is unpaid comp time, earned time that workers couldn’t use – not very family friendly.

A similar lawsuit is pending in Mississippi.  According to the Clarion Ledger, state prison guards have been forced to work more than 135 hours of overtime with a promise of time off.  Myia Norwood has already banked the hours but she was denied the comp time.  If the amount of overtime worked were paid as overtime, Norwood would have received $7,100 last year.  Her family could use this money.