We Just Enrolled in Obamacare 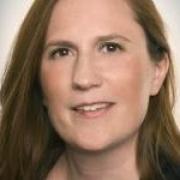 Cross posted with the Queen's permission from her blog, Queen of Spain blog. ~Eds. Yup. The entire family just ditched my husband’s employer provided health insurance and as of January 1, 2014 we’ll be on a plan with a different insurance company. One that, unlike Aetna, decided to go after our business and compete in the marketplace. Our old plan had deductibles, and the out-of-pocket costs were 6k for individuals and 12k per family. This new plan from Blue Shield of California? No deductibles. Lower out-of-pocket maximums. Lower copays. Lower drug costs.

All of our doctors are in-network minus one. But that’s why I got the PPO. It’s also a 90/10 which means we pay 10% of things normally not totally covered like hospital stays and MRIs and what not. Our old plan? 80/20 in network and 60/40 out of network. Keeping in mind just about EVERYTHING for me was out of network.

After doing all the math, just to start, we’ll be saving $18,900 per year. That is without knowing if I will be hospitalized in 2014, or need surgery or any of those things. In 2013 I was hospitalized once in July and the bill is still sitting on my desk. I’ve been making payments.

If the judge from my Social Security Disability case rules in my favor, that means I’ll be eligible for Medicare as well. IF that happens, that will mean we may not have much out of pocket at all.

This makes me shake and cry.

We are one of those families who have been buried in medical debt since I got sick. We’re one of those families the President talks about…the ones who are so close to losing everything because Mom got sick. We’ve re-financed our mortgage using the HARP/HAMP plans with JP Morgan Chase. It wasn’t easy or pretty, but we managed to save some money per month to keep our home.

Now we are utilizing Obamacare. And yeah, go ahead and call it Obamacare, because without the President we wouldn’t have this opportunity.

I realize many of you are getting hit with higher premiums, but understand they have been higher EVERY YEAR FOR YEARS. This is WHY we all wanted health care reform in the first place. Premiums were going up and up, deductibles were going up, care was a pain to get at best and you had to fight your health insurance company for every drug your doctor prescribed and for every test they wanted done. Please understand this is why we went down this path and supported President Obama at every turn. Because the industry needed change, but more importantly Americans deserved better. No one should be as afraid and stressed as we are/were while battling an illness. In the greatest country on earth people lose their homes, they lose their jobs, they lose their insurance because the company tries REALLY HARD to kick you off the policy…they lose their MINDS because they are sick. All they should be doing is healing and getting bettering and following doctor’s orders. I know this first hand. I have lived nothing but THIS for nearly three years.

In my case, the stress was so great I tried to go back to work several times. It made me sicker. Had I not tried, I might not be as sick. I might not have as many problems. I might have a home that isn’t adjusting to a new normal but simply going about life as usual.

I came up with a plan. It had to include disability that was solid. So I used my employer given benefits and I fought Mutual of Omaha at every turn. After 9 months of denials and questioning and all out war, I received long term disability. Part of my policy states I MUST apply for SSDi and I MUST appeal any denials and use their lawyers.

It’s fine though. I now get a check. It essentially pays our mortgage. If I do get SSDi, my income won’t change, but SSDi will pay part of that check and Mutual of Omaha long term disability will pick up the rest. It’s being eligible for Medicare that will really change the game. Never mind that Mutual of Omaha still puts me through tests. They currently are seeking another rheumatologist for another (it would be my fifth) opinion. At least that’s what their letters tell me. However my guess is they are having trouble finding someone I haven’t already seen within a 100 mile radius.

My plan also had to include affordable health care. That meant joining the chorus of supporters for the Affordable Care Act and whenever I was physically able I had to make sure it passed. Then, once it passed, it had to stay law. Something the Right is still trying to overturn. So I continue to fight, even while hooked to an IV.

Now we have Obamacare. My family is enrolled.

Typing that is almost surreal. We are enrolled in Obamacare. Instead of Aetna we will have Blue Shield of California.

I feel like my armor has been fortified a bit. I’ve been fighting this battle for nearly three years now, and for the first time I feel like we have a real chance to keep our financial lives in order, and I can take away a little stress from this house. For someone who has been nothing but sick, nothing but helpless, nothing but reliant on others…this is huge.

Yes, there are tears streaming down my face as I type this to you. I’m not sure if you can comprehend what true illness and financial stress does to a family. Constant stress is no way to get healthy. All I want is to be healthy. I’m trying so hard. I am doing everything I’m supposed to do and have done everything I was asked by every doctor. I just want to get better and return to LIFE.

I know that is not the case with every American. Not only do they not understand, but they don’t care. It’s MY problem, not theirs and they feel no need to help in anyway, shape, or form and that certainly means Obamacare. I’ve been told this is ‘natural selection’ or ‘survival of the fittest’ and too bad for me. I’ve been told we should have planned better. We should have saved more. We should ask family for money.

Let me be clear- you can plan and save all you want, but when you are chronically ill or in a serious accident or get an unexpected illness, ONE hospital stay can set you back more than your home costs. You can’t plan for that in regular America. We have insurance, we had savings, we have family support and we are still hanging on by a thread.

To those Americans I would urge you to fight like I did. Fight like hell to make sure your state and your politicians LISTEN and do what is BEST FOR YOUR FAMILY. Make them take the Medicare money and make them participate! You have the power. You have a voice and it’s louder than you think. Look at me. What did I do? I told my story to anyone and everyone that would listen and argued with anyone and everything I found dead wrong.

My family and I told our story to the White House. So can you.

We are now enrolled. We are getting $0 in subsidies. But we are saving at least $18,900 per year. For a family that is swimming in medical debt, with no end in sight, we can now see light at the end of the tunnel.

That light is Obamacare.

See if you have some light too. Go to HealthCare.gov and either create an account or call the number. If you don’t trust the government, let an insurance broker do it for you. I don’t care HOW you do it, just do it. I look forward to paying our first premium. It will be the same as what we paid out of my husband’s check anyway. However we will now get so much more.