Warehouse Workers Marching for Their Families 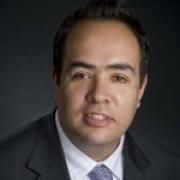 Paco Fabian
Share This
Add your voice to the comments

It’s no secret that Walmart is the largest employer in the country, diligently working to create a softer image of itself to consumers, environmentalists and others. What most consumers don’t know is that Walmart contracted warehouses across the country make it a common practice to put profits over people; they allow working women and men to toil in containers that can reach 120 degrees. Water breaks are rare. They routinely steal the hard-earned wages of their workers, and even lie to American judges when their practices are called into question.

But what is arguably most disturbing is Walmart’s utter lack of concern for how policies in their contracted warehouses affect not only workers, but also the children and family members who depend on the workers’ meager wages.
Take the story of Marta Medina, a 31-year-old mother, who had two choices: she could work 14 hours a day, lifting boxes that weighed up to 60 lbs for low wages, or she could let her family go hungry. For a parent that cares for her children, the choice is a pretty obvious. She spent five years lifting heavy boxes every day in a southern California warehouse that moves Walmart’s goods. Click here lo listen to Marta in her own words.

The impossible pace requirements and dangerous working conditions have left her plagued by body aches, and put one of her pregnancies at risk. Walking is a difficult and excruciating task. It is nearly impossible to lift her son, let alone play with him. The only things that are certain in her life are the back spasms that cause excruciating pain.

Not only did the conditions in the warehouse cause these problems, the warehouse management tried to prevent her from seeing a doctor.

Marta had to fight for the medical care she eventually won, but many of her coworkers who experienced similar health issues were simply fired. Countless mothers and fathers have left the warehouse hurt, with no job, no healthcare, and no means to provide for their families.

That’s why many of the workers who are still physically able are on strike, marching 50 miles from the warehouses in the Inland Empire of Southern California toLos Angeles starting today.

They will march parallel to the 10 freeway, the main pathway that imported Walmart goods travel from the ports of Long Beachand Los Angeles, and will take their concerns directly to Walmart executives in LA who have ignored numerous letters and complaints from workers about unsafe working conditions. Sign a petition asking Walmart to meet the workers here.

The workers are tired of being treated like disposable chattel. Walmart, as the second largest employer in the world has the ability to step up and guarantee that its contracted warehouses provide safe working conditions, access to health care, and a decent wage for all their employees. Walmart has the opportunity to set the standard that all other big box retailers can follow.

InAmerica, hard work should be rewarded with a decent living and the hope of providing a better future for our children. It is disgraceful that Walmart would put saving a few bucks from its record profits over ensuring that the workers who move its goods can work under safe conditions, knowing that they will be able to take care of their families. Hopefully this march will help them get the message.