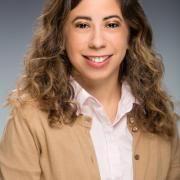 Cara Baldari
Share This
Add your voice to the comments

This week marks the 50th anniversary of President Lyndon B. Johnson’s declaration of the War on Poverty, when he called for every American citizen to be able to fulfill his basic hopes, including maintaining the well-being of his family.

While many investments established by the War on Poverty have been significant in improving the well-being of low-income individuals and families, recent years have seen a dramatic increase in child poverty – culminating in a twenty-year high of 22 percent in 2010. For decades children have seen higher rates of poverty than any other age group in America.

While children continue to bear the brunt of the recession’s effects, we must keep in mind that the child poverty rate would be much higher if it was not for programs established in the War on Poverty and in later years. This is evident when contrasting the official poverty measure with the more recent Supplemental Poverty Measure (SPM), which takes into account a number of factors not considered by the traditional poverty measure, including some of a household’s income and expenses, and presents a more detailed look at poverty in the U.S.

The reduction of child poverty due to investments such as SNAP and EITC is significant, but no initiative has had a larger effect on reducing poverty in America than Social Security, which reduced poverty by 8.5 percent. The poverty rate for older Americans in 2012 was just 9 percent, falling from 35 percent in 1959.

Despite the proven success of Social Security, there have been no investments for children that have had such a large effect.

The good news is that we know how to reduce child poverty. We can look to the United Kingdom, where in 1999 the government established a national target to reduce child poverty, which united the Tory and Labour parties behind a goal of halving child poverty in ten years. Through a mixture of investments for children, measures to make work pay, and efforts to increase financial support for families, the British government halved poverty in 2009. While they have been struggling more recently to maintain this reduction in child poverty, there is much we can learn from the UK.

We can also look to what has had success here in the U.S. As noted above, SNAP and the EITC have reduced child poverty in recent years, but they do not go far enough.

We know what works, now it is time for the action. Democrats and Republicans should work together to establish a National Child Poverty Target to reduce child poverty in 10 years and eliminate it in 20 years. Similar to the effort made in the UK and building on what works here, we must invest directly in children, such as by ensuring that every child can access affordable high-quality prekindergarten, and also take measures to make work pay for parents to allow them to provide for their families.

Child poverty costs the U.S. upwards of $500 billion per year (nearly 4 percent of GDP). Setting a child poverty target and reducing child poverty is not only the right thing to do, it is one of the smartest things we can do economically. Let us take this 50th anniversary of the War on Poverty as an opportunity to do right by our children.

This post "War on Poverty Made Strides, but We Can Do Better" was republished from the First Focus blog.