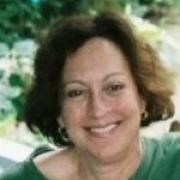 Carol Rosenblatt
Share This
Add your voice to the comments

At a time when women’s rights are under attack in so many areas – we need to be sure that sexual harassment is recognized and taken seriously. Candidates who seek our vote must be clear that they will support, enforce and strengthen protections for women on the job.

The Coalition of Labor Union Women (CLUW) recently gathered information through personal interviews of CLUW officers, other union officials and online research to determine what unions have done to establish procedures on sexual harassment. What follows is an overview of the information we collected and examples of what workers experience on the job.

In March 2009 the AFL-CIO Executive Council issued a statement on the Charter Rights of Working Women which stated in part…” the AFL-CIO will do all in its power to secure for women the rights set down in this Charter   One of the provisions under “Access to employment and promotion” is: “Employers must be held responsible for ensuring women have a safe workplace free of all forms of violence and sexual harassment.”  And in closing calls on its affiliated organizations and other progressive forces to commit themselves to the promotion and implementation of the principles set out in this Charter.

UE, the United Electrical, Radio and Machine Workers of America’s online “Fighting Back!” Information for workers and stewards states:

“Every instance of sexual harassment will be unique and creating appropriate responses will require the Steward to be thoughtful, sensitive, and resourceful”

Some of the suggestions they offer are:

The union can appoint several stewards (some of whom should be women) who are well known and respected by the members to be a special committee to deal with sexual harassment.

Ray Bradford, the National Director of The American Federation of Television and Radio Artists (AFTRA) Equal Employment Opportunities Department said that because many of their members do not have steady jobs, they fear that reporting sexual harassment may subject them to retaliation up to termination. Education is particularly important, utilizing Labor Radio, Twitter and Facebook in order to reach a larger and younger audience.

And the casting couch is still alive and well in Hollywood, Gwyneth Paltrow, Megan Fox, Lisa Rinna and others have all talked publicly about their experiences.
Janet Hill, CLUW’s National Vice President from the United Steelworkers said the sexual harassment policy is incorporated in Civil Rights Guidelines that have been established to provide guidance for union members and leaders to help eradicate discrimination in the workplace. It is a pocket guide for Civil Rights Committees that exist in every local union and it explains how a member with a civil rights problem or grievance should proceed in accordance with the policy of the Union. A Committee on Sexual Harassment has been established that investigates complaints and develops educational programs for USW employees.
Connie Cordovilla, Assistant Director of the American Federation of Teachers Human Rights and Community Relations Department said the union urges its locals to pursue contract language which protects members from sexual harassment citing it as a form of discrimination and encourages and supports programs to further understand and combat sexual harassment. Schools are not required by law to provide sexual harassment training, but school districts that are found to have incidents of sexual harassment are viewed more harshly by courts than those who have extensive staff and student training.
Carolyn J. Williams, the Director of the Human Services Department of the International Brotherhood of Electrical Workers informs us that in addition to training that is provided for business agents and stewards, a Women’s Conference takes place every two years that is attended largely by rank and file members and workshops on sexual harassment are part of the program. They also provide suggested contract language on sexual harassment to their locals, urging them to adopt.
Sandra Burleson, Director of the Human Rights Department of the Transport Workers Union expressed that transit companies should train employees on sexual harassment in the same manner as security training. Female bus drivers encounter passengers who flash or make physical contact. How to respond is important, yet reporting a customer still has to be done with care. The growing numbers of women in leadership in the union has helped as women members who experience sexual harassment find it easier to raise these issues with someone of the same gender.
Georgi-Ann Bergamian, CLUW’s National VP for the United Autoworkers informs us that the international union demands that broad anti-discrimination language be included in all contracts and sexual harassment policies are established by a special bargaining convention that occurs every year.
KC Wagner, Director of Workplace Studies of Cornell University statethat employers usually have sexual harassment policies and some level of employee training.  It is common practice for unions to train stewards. However, she stated that sexual harassment is still part of a continuum of violence towards women.

We need to be vigilant in raising awareness about sexual harassment and doing all within our power to combat this ugly form of discrimination including making our expectations clear to any candidate seeking our support as the 2012 election cycle moves into high gear.