Time for Action on Marketing to Kids 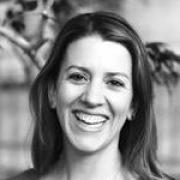 Anna Lappe
Share This
Add your voice to the comments

On September 18th, the First Lady brought together 100 parent leaders, government agency representatives, researchers, and food and media industry executives--from McDonalds to PepsiCo to Coca-Cola--in the first ever White House Convening on Food Marketing to Children. It was a big deal.

Since President Reagan stripped the power of the Federal Trade Commission to limit what, when, and how corporations can market to children and teens, it’s been a free for all. Today, the food and beverage industries alone spend nearly $2 billion every year marketing directly to kids, from splashy television commercials to apps and websites that look more like games than the advertisements they are.
http://youtu.be/PWOcP-bXuO8
Kids are being bombarded. The average child sees 4,000 food-related ads every year, nearly all of them for products in sugar, fat, and salt. Kids are now being marketed to in all areas of their lives, from the classroom, where Oreo Cookie Counting books are trotted out as teaching tools, to the playground and sports fields where logos are prominently displayed.

This is no trivial matter. The typical diet for children and teens today is killing them, no exaggeration. Rates of Type 2 diabetes and other diet-related diseases are dangerously on the rise, especially among the young. And we know that these diseases--when they afflict so young--have lifetime consequences. Diet-related diseases are also invoking a heavy burden on all of us: Today, health care costs from preventable diet-related illnesses are costing us billions of dollars every year. The American Heart Association estimates that costs to treat cardiovascular disease could triple in the next two decades, topping $800 billion a year by 2030. And within a decade, Type 2 diabetes could be cost us $500 billion annually. It’s difficult to wrap your head around. More than a $1 trillion to pay for a health care crisis we could avoid by changing our relationship to food? It’s nuts.

The food industry has been saying for years that it’s making change with voluntary measures. But the evidence tells a different story. One review of company pledges to reduce food marketing of unhealthy products, have failed to protect children under twelve “for all types of marketing practices promoting such foods.” In a recent issue of Health Affairs, a former Centers for Disease Control official, made it clear: “the food industry has repeatedly thwarted federal efforts to curb food marketing to kids.”

Call me skeptical, but after so many decades of inaction, and deliberate roadblocking of good policy, I don’t believe the food industry will make change on its own. We need real policy change, not just industry spin.

That’s where you and I and, hopefully Michelle, come in: Let’s be sure the food industry knows our children are none of their business.

Check out my new video on marketing to kids and visit www.foodmyths.org to see what you can do, right now, to be part of making history.