The Little Boobs That Could 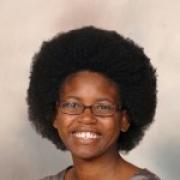 Alicia Barnes
Share This
Add your voice to the comments

I’ve worked hard to be in that less than 8% of Mississippi women (16% nationally) who exclusively breastfeed for the first six months of life, and my son and I are happily headed toward nursing for at least a year as he’s slowly introduced to solids.

In these last six months I've learned breastfeeding is more than eating. It's bonding. It's love. It's nurturing. It's comforting. It's nourishing. It's possible.

Despite having no one in my family to turn to, it’s possible.

Despite going back to work full-time, it’s possible.

Despite all the things that can go wrong and all the negative attitudes and straight up lies and booby traps, it’s possible.

When I was preparing for a natural homebirth, I was way more worried about succeeding with breastfeeding than I was anything else. Because of that worry, I read, researched in-town resources (friends who had successfully breastfed, La Leche League, and the hospital lactation clinic), and joined various groups online including those for black women who breastfed.

I found a community of support. I had numbers in my phone I was ready to dial. I had the local La Leche League meeting schedule. Most importantly, I had an awesome midwife who encouraged me and gently cheered me on through our first latch and came back the next day to make sure we were still going strong. She encouraged that if I fed him often my milk would come in. She showed me how if he were falling asleep at the breast and not nursing to tickle his thigh or foot so he’d latch on better and how to tell he was swallowing. And after the postpartem house visit, I had her calls. I really love this woman and the gift she’s given us. She never had any doubts in my ability to carry, birth, and nurture my baby and that support made all the difference. 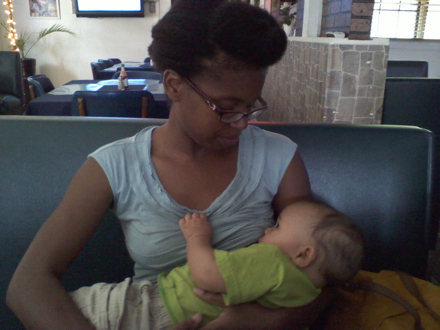 My advice to all women interested in succeeding at breastfeeding is to first educate yourself and then to find quality support. Just because it’s natural, doesn’t mean it’s easy or will come without guidance. When you’re armed with knowledge, you’ll know how tiny a newborn’s stomach is and how little milk he needs for days, you’ll know that drugs that you receive through IV can make your baby sleepy and slow to latch and that he needs time for them to clear his system, and you won’t be pressured into formula or pumping.

You’ll have a doula or another advocate who knows and supports your choice to breastfeed. They’ll help you remember that if you had an IV your baby gained water weight and so his birth weight is off so when he appears to not be thriving on your milk, it’s just an illusion. They will explain why it’s harder to keep up a supply with pumping instead of nursing. They will show you how to use your hands for manual expression. They will remind you that engorgement is temporary and help you move quickly out of that phase. They’ll know that breastfeeding shouldn’t hurt and will help you and your baby find a better latch or explore nipple shields, exclusive pumping, and pain relief options.

If you do the work beforehand, you’ll know to be patient with both yourself and your baby as you both pick up this new skill.

Finally, if you prepare, you’ll know to remove saboteurs who will be tempted to say, "just a little formula will help you both sleep...the baby sounds hungry to me just let me give him a bottle...it’s ok I couldn’t satisfy my baby either...what’s the harm of a little pacifier...well here’s just a formula sample in case you need it...you’re going to spoil him...you’re hogging the baby...he just ate so you don’t need to feed him again...you’re taking away his dad’s chance to bond...you’re just going to make it harder on him when you go back to work...I know you wanted to breastfeed but...”

To control the voices I heard during those first crucial days, we actually didn’t invite anyone to meet the baby until after the first 3 days. I wanted to be free to be without a shirt on, nursing whenever, wherever, and however felt best without worries of offending anyone with bare skin. Those first days, it was just the three of us learning how to be a family as we’d have to be once all the guests departed.

If you want to succeed at breastfeeding, you must educate yourself, so you’ll know how to tell the difference between fear-mongering, ignorance, billion-dollar corporate manipulation, and true support. If you read, and better yet, if you witness breastfeeding in action, you’ll know how great it is for both you and your baby and I’m not just talking about weight loss, boosted immunity, reduced cancer occurrences in the mother, controlled diabetes, and all that other good stuff research is indicating. I’m talking about feeling the rise and fall of your baby’s chest against your own and knowing that despite everything and anyone, you and your baby are proof that it is possible. 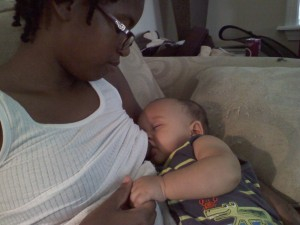