Teaching the Art of Breastfeeding Through Song: Videos Included! 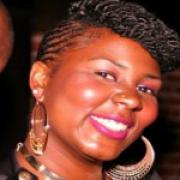 TaNefer Lumukanda
Share This
Add your voice to the comments

The idea to write a song about breastfeeding was conceived at a regional peer counselor conference back in 2011. It was during a group activity in which we were asked to come up with a creative way to address a common barrier to breastfeeding. My table’s topic was breastfeeding in public. It was then that I wrote a little jingle to the tune of “I whip my hair back 'n Forth” by Willow Smith. My version was “Whip my boob”. See here:

I continued to write the song “Whip my boob back and forth” and when that was finished I decided to do another one. “Teach me How to Breastfeed” was inspired by the breastfeeding classes I taught at WIC. I loved teaching expecting moms how to breastfeed. I often had the opportunity to educate grandparents and fathers as well. I wanted to share the most important information that a new mom needed to know in her first few days of breastfeeding. As a hospital-based Lactation Consultant I see moms postpartum. The songs' lyrics are consistent with what I tell my patients.

We have a plethora of breastfeeding materials, from pamphlets, to postcards, book marks and more. What we didn’t have was breastfeeding music. There is a popular quote that says, "Insanity is doing the same thing over and over again and expecting a different result." Well I wanted to do something different that was current, relevant and creative. I performed the song at a picnic and at a community baby shower for African American Moms. They absolutely loved it, so I knew I had to move forward with the video. With help and support from colleagues and friends we began shooting the video in January of 2013 and completed in July after the birth of my baby girl.

My work with new moms inspires me everyday. I love that I get to help moms from all cultures and ethnicities breastfeed their babies. It is something that bonds us as women and as mothers. I knew the song I wrote was special but I had no idea that it would be so well-received and spread so fast in such a short amount of time.

I wanted to provide accurate and positive information about breastfeeding in a way that would capture people’s attention and brighten up their day. I know how hard breastfeeding can be in the first few days, but I also know it can get better with support. If a new mom anywhere in the world can relate and find this song helpful then I have done my job a thousand times over. In the African American community breastfeeding rates are lower than other ethnic groups. Breastfeeding also reduces the risks of many health disparities that are prevalent among African Americans. By doing this song and video not only does the world get to see Black mothers who are passionate about breastfeeding, but it also helps to diversify this specialty in healthcare that has been traditionally filled by white women. Hopefully this will inspire a new generation of mothers to provide their baby with the very best start in life.