Standing with Women and Children In Alabama 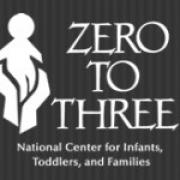 Kelsey Quigley
Share This
Add your voice to the comments

On March 21st and 22nd, I will join the We Belong Together Women’s Human Rights Delegation to Alabama to lend a voice for infants and toddlers in these efforts to protect immigrant families.

Today in America, over 20% of children under age six have immigrant parents and approximately 93% of those children are U.S. citizens. In fact, children of immigrants are the fastest-growing sector of the U.S. child population, making them integral to the quality of our future. By jeopardizing the happiness of their childhoods and the health of their development, we jeopardize the health and happiness of our nation.

I have seen the impacts of early experience first-hand in work with very young homeless children, children who have witnessed violence, children of Liberian and Burundian refugees and an eighteen-month-old foster child. In their own way, each of these children had learned that the world is an inhospitable place. Where many of us experience childhood as a period free of cares, marked by imaginary play, warm food and quiet beds where sleep comes easily, these children grew up with furrowed brows and blank stares, always fearing what was to come or worrying about what wasn’t.

I remember a three-year-old boy whose sadness was already so profound that in the course of a school year I saw him smile twice. One little girl was so fearful that she refused to sleep, another so angry that she had to be hugged tightly to keep her from injuring herself or others. Some, guarding their last bit of control over life, refused to eat, while others would eat until they vomited for fear of not getting enough. But in each of these children I also witnessed healing. Throughout, I have found that one medicine could cure any of these ills if it was administered early enough: a positive, consistent relationship. As I continued to work with young children, I learned that neuroscientific research bears this out.

The earliest years of life present pivotal periods of physical, mental, and emotional development. During this time, as the brain undergoes its most rapid growth, neural pathways are established and reinforced in ways that lay the foundation for all future learning.

How does this happen? The field of neuroscience tells us that the establishment of these neural pathways depends on a child’s early experiences and that chronic stress or trauma – particularly relationship-based stress like separation from a caregiver – can be toxic to development. Children who spend the first months and years of life in the care of positive, consistent caregivers in safe, stable environments are neurologically primed for success in school, social life and society. However, babies who grow up amidst chronically stressed caregivers – or who are separated from their parents – and who live in communities and policies hostile to their best interests can spend their lives in fight or flight mode, which leaves no room for learning, relationship building or contribution to society.

Children of immigrant parents are disproportionately affected by poverty and many go hungry or lack access to health care and safe, stable housing. Still others are separated from their parents in ICE raids that lead to detention or deportation.

In today’s climate of fiscal austerity and anti-immigration sentiments, supports for immigrant children are becoming increasingly scarce even as their families are placed at heightened risk. These kinds of early experiences threaten the healthy development both of individual children and of our nation.

During this pivotal period of our own development, America has an opportunity to respond to the needs of its youngest children. We have an opportunity to liberate young minds from fear and turn them instead toward imagination and learning. In doing so, we will set a positive path for the future. And that is why I am going to Alabama.