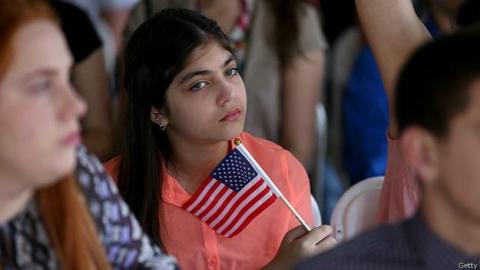 This past week, several amicus briefs representing a wide range of American voices were submitted to the Supreme Court in support of lifting a lower court injunction preventing the implementation of the 2014 Obama expanded deferred action programs. First Focus was one of six anchor organizations signed on to an amicus brief representing more than 70 educators, child advocates, health experts, and social workers around the country, all who recognize the importance of the programs to the well-being of children. It is estimated that the Deferred Action for Parents of Americans (DAPA) and expanded Deferred Action for Childhood Arrivals (DACA+) programs have the potential to provide temporary deportation relief and work authorization to approximately 3.3 million parents of minor children, the vast majority of whom are U.S. citizens, as well as up to an additional 300,000 young adults who entered the U.S. as children.

It’s been over a year now that these programs were enjoined, and as a result, more than 5 million children have been forced to wait to breathe easier, sleep better at night, and just be kids like the rest of their peers.

As a former service provider turned child policy advocate, the outcome of this case is very personal to me. I’ve worked with many children over the years that would directly benefit from these programs. In Indiana, I remember a little girl named Bertha, who prays every night that her mom will be there when she wakes up in the morning.  In Georgia, I remember a toddler who clings with concern to his mom every time she tells the story of when immigration officials arrested her husband and deported him because he failed to use his turn signal. I remember the faces of so many kids who struggle to understand why their loving, hardworking parents must worry about creating an emergency plan in case one day they don’t show up to pick up their kids from school. They tell me it’s even worse than creating a fire emergency plan.

The amicus brief argues that the lower Texas court failed to consider the harm to the millions of U.S. citizen children who currently live in fear of having a parent deported at any time. In addition to the psychological trauma associated with having an undocumented parent, there is significant research that demonstrates that children living in mixed-status families are more likely to experience increased family stress, weaker economic security, poor housing conditions, and limited access to safety net supports. All of these factors compromise a child’s overall health and educational success. Furthermore, children who experience the loss of a parent as a result of deportation are forced to endure further long-term impacts to their health, safety, and economic well-being, and some may even be a risk of entering the child welfare system. In fact, a new report by MPI shows that the sudden loss of father’s income could mean a drop in household income as high as 73 percent.

If implemented, the amicus brief argues that DAPA could significantly improve the lives of these children. It’s common sense: if you remove the stress weighing upon families and provide parents with the ability to better provide for their children, then more families will be able to lift themselves out of poverty, child outcomes will improve, and children will do better in school. In addition, implementation of the DACA+ program would open educational and employment opportunities to more young people, enabling them to pursue a higher education or finally use their degree. Not only would the individuals and families impacted by these programs be better off, but whole communities would benefit.

Children of immigrants are one of the fastest growing segments of our increasingly diverse child population, and our nation’s future will only be as bright as the future of all children growing up in the United States. The Supreme Court decision will determine whether or not millions of children can wake up to a brighter future in a matter of months, or if they will be forced to wait yet again for their chance at the peace of mind every child deserves.