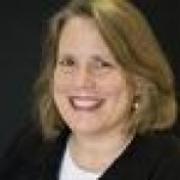 Christy Jones
Share This
Add your voice to the comments

I thought it important to bring “she” into the health care picture, thus the slight modification from the “he” used in the original Arabian proverb. The “she” factor for me occurred when my own sister was diagnosed with breast cancer more than 10 years ago. After her first round of surgery, I volunteered to run to the pharmacy to pick up her meds. When I was told the total was seventeen-fifty, I thought, great, I have a $20 in my pocket, which will leave me some change for a chocolate bar.

“But she has insurance,” I blurted.

“That’s after insurance,” he responded. Out came the plastic.

That was only the first of many unexpected bills facing her and ultimately her extended family. She had recently gone through a divorce and was very concerned how that and now this (cancer) would impact her young daughter. “After insurance” became the mantra we learned was common in these situations, but it wasn’t until we found out that her health insurance was going to be cancelled simply because she had breast cancer that the true inadequacy and unfairness of our health care system really hit home.

Well, it’s more than a decade later, and much has changed since my sister’s diagnosis. She died before the Patient Protection and Affordable Care Act was passed, but I just know she would be jumping for joy that others may not go through the horrors she had to endure. Two of the new laws that have already taken effect would have saved my sister (and our family) so much worry:

I urge you to take a few minutes and read the rest of the time line of the Affordable Care Act. It gives the most comprehensive overview of what coverage and services will be available when (with quite a few already put into place) I have ever seen. I was fortunate to recently attend the White House Champions of Change: Leaders in the Fight against Breast Cancer reception and heard stories that only reinforced the need for quality, affordable health care for all Americans. And I’m lucky enough to work for the American Association of University Women (AAUW), which also believes in this need.
Sometimes, I admit, I have a difficult time reading news headlines when they describe yet another “attack” on the Affordable Care Act. Does it need certain modifications? Maybe. But I have to wonder if any of those individuals or groups who flat-out want it repealed ever faced being under- or uninsured or had a family member who did? Or have they ever had to decide between a roof over their families’ heads or insurance?
My sister once begged me, “Please make sure my daughter won’t ever have to go through the financial pain of disease.” Honey, I’m doing my best.
Christy Jones is the Director of Membership at AAUW.