Summer break is coming to an end way too soon (or maybe not soon enough!). Kids will be going back to school to get a heavy dose of reading, writing, math, and (for many kids) junk food. 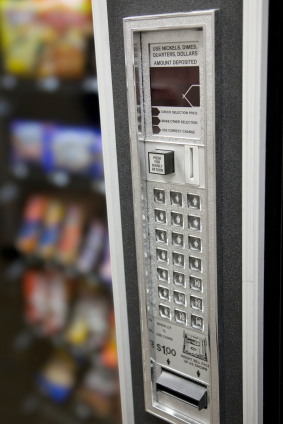 That’s right! Monday, the Archives of Pediatric and Adolescent Medicine released a report by Bridging The Gap, which found that nearly half of all elementary school students could buy high-fat, sweet, or salty junk foods at school. And, the report showed that access to junk food in school had a direct connection to the rate of childhood obesity in the 40 states studied! [1]

Since nearly 23 million school age children are overweight or obese, making them more likely to suffer from heart disease, high blood pressure and type 2 diabetes, we need to act now. [2]

*Let's stand up for children's health and show strong support for USDA efforts to get junk food out of schools and provide healthier school snack food and drink options for kids!  http://action.momsrising.org/sign/NoMoreJunk1/

The USDA has been preparing to issue stronger nutritional guidelines for the snack foods sold in schools.  In order to make sure these nutritional guidelines are issued this school year, the USDA needs to hear that moms, dads, grandparents, and other caregivers are behind these efforts!  Already, more than 60,000 people just like you have either signed a petition or participated in the #NoMoreJunk #SchoolFoods Tweetchat calling for healthier school snack options. But we need to show even more support for USDA efforts to get junk foods out of schools. Let’s send 100,000 messages for children’s health.

Why should we support nutritional guidelines from the USDA? Because strong nutritional standards work! Adolescents in states with strict laws regulating the sale of snacks and sugary drinks in public schools gained less weight over a three-year period than those living in states with no such laws. And while there are many complex factors that contribute to the childhood obesity epidemic, the over consumption of the empty calories in junk food is a key culprit. [3]

*We’re building momentum for new nutritional standards for snack foods sold in schools nationwide. Help us get to 100,000! http://action.momsrising.org/sign/NoMoreJunk1/

There's more at stake! Getting healthier standards in place isn’t just good for students’ health - they make for a healthier bottom line too! Another report from The Pew Charitable Trust found that raising the bar for what schools were allowed to sell would positively impact children’s health and potentially reduce their risk of chronic disease. In addition, the changes would be unlikely to hurt school district budgets as an analysis of districts that have implemented healthy standards to date indicates that most maintained or even grew their school foodservice revenues. [4]

Consider this: 40 percent of students buy and eat snack foods at school in a typical day. When schools sell unhealthy snacks and drinks outside of meals, it can cause kids to eat less of their lunch, consume more fat, take in fewer nutrients, and gain weight.

States like California have proven that establishing strong nutritional standards works to reduce the amount of unhealthy food consumed by school children. A few years ago, the California state legislature put in place some of the strongest guidelines in the country on snack food sold in schools. [5] The study on the results of the junk food ban shows that kids saved 158 calories per day following the ban – an amount that another researcher says could add up to 15 pounds per year. [6]

The best news is that there’s no evidence that the children in California are eating more junk food outside of school to make up for eating less at school. [7] Those calories seem to be gone for good.

Help us reach 100,000 strong in telling the USDA that moms and dads support efforts to get junk food out of schools and provide healthier snack options to kids.  http://action.momsrising.org/sign/NoMoreJunk1/

More states are working to pass laws that create similar guidelines. Last year, Massachusetts passed strong regulations that go into effect this coming school year. More than 30 states in all have some sort of guidelines on snack foods sold in schools. [8] That still leaves parents and children in almost 20 states on their own. And, according to a recent report by the Kids’ Safe & Healthful Foods Project, a joint project of The Pew Charitable Trusts and the Robert Wood Johnson Foundation, voters want comprehensive national guidelines that reduce the amount of junk food sold in schools. [9]

The Bridging The Gap report is a great example of what can be done, and evidence that healthier snacks and drinks in schools can reduce the overall caloric intake of children. Now it is time for all school children in the country to get healthier options.

*Show your support for healthy snacks and drinks in schools. Sign the petition today! http://action.momsrising.org/sign/NoMoreJunk1/

Together, we are a strong force for children and families.