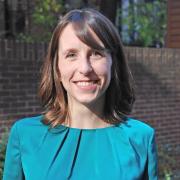 Julie Vogtman
Share This
Add your voice to the comments

House Speaker Paul Ryan (R-WI) recently unveiled what he refers to as “a #BetterWay to fight poverty in America.” With all due respect, sir…

First, although “unveiling” generally means to “show or reveal to others for the first time,” the agenda released this month presents few new ideas. Instead, it is largely a rehash of a similar plan Ryan released in 2014, which in turn echoed the budget plans that he put forth as chair of the House Budget Committee. Second, like those earlier plans, Ryan’s “new” plan is highly unlikely to “fight poverty”—and far more likely to increase it. While the proffered proposals are remarkably light on detail, it is clear that they essentially rely on the same old formula: using seemingly innocuous language about restoring state and local decision-making, streamlining programs, and encouraging work to justify cutting, consolidating, and/or decreasing access to programs that millions of low-income women, men, and children depend on.

In another familiar move, the Ryan plan cites the Temporary Assistance for Needy Families (TANF) block grant established by the 1996 welfare reform as an inspiration for proposed initiatives. But holding up TANF as a model anti-poverty program illustrates a fundamental misunderstanding of the weaknesses of the safety net today and the measures necessary to strengthen it—especially for single mothers, women of color, and others who face a heightened risk of poverty. While it is true that employment rates among single mothers rose considerably during the 1990s, the strong economy was a more significant factor than welfare reform. And when the labor market weakened, the block grant structure of the TANF program undermined its ability to help families in need, especially during recessions. With core funding for the TANF block grant frozen at the same dollar amount since its enactment in 1996, TANF now serves only 23 of every 100 families with children that live below the poverty line, down from the 68 of every 100 such families who were served by AFDC before welfare reform. Moreover, rigorous studies show that the majority of individuals subject to work requirements in TANF and other public assistance programs remained poor, and some became poorer.

Instead of learning from the pitfalls of TANF, Ryan and his colleagues suggest that more block grants and work requirements will save the day! For example, their plan proposes instituting or strengthening work requirements in the Supplemental Nutrition Assistance Program (SNAP/food stamps) and housing assistance programs, as well as TANF itself—steps that are probably won’t have a meaningful impact on employment but probably will reduce access to critical programs for individuals facing the greatest barriers to work. Women and their families, who disproportionately rely on these programs, would likely be disproportionately harmed.

While references to work requirements abound in Ryan’s plan, the term “block grant” is conspicuously absent. However, among many general references to “streamlining” programs, the plan claims that there are 45 “federal programs providing support services to young children,” and that these programs, including Head Start and the Child Care and Development Block Grant, “should be streamlined into one, simplified approach”—which sounds an awful lot like a block grant to me. Regardless of what he calls it, combining these programs (most of which aren’t even primarily focused on early care and education) into a single program doesn’t address the fact that funding for early care and education is already inadequate to meet current need: fewer than one in six children eligible for child care assistance received it in 2012 (the most recent year for which data are available), Head Start reaches less than half of poor 3- and 4-year olds, and Early Head Start reaches less than 5 percent of eligible infants and toddlers—and state efforts to fill in the gaps on early care and education are highly uneven. Block granting the federal programs would almost certainly result in reduced funding and even less access for low-income families over time. In addition, Ryan—arguing that we need to set states free to explore what works—ignores the fact that Congress recently enacted measures to strengthen Head Start and the Child Care and Development Block Grant that were evidence-based and that passed with broad bipartisan support. We need more funding to effectively implement these reforms and give them time to work—not abandon these efforts or pretend we don’t know what factors are key to high-quality early care and education.

The existing safety net is by no means perfect. But the latest GOP plan incorrectly identifies its flaws and puts forward “solutions” that would do more harm than good. To truly help people—especially women and their families—“move onward and upward,” as Speaker Ryan claims to do, we need to build on the strengths of effective, existing anti-poverty programs and advance a comprehensive agenda that knocks down barriers, remedies discrimination, ensures accountability, and provides key supports that enable women and their families to be economically secure. Legislators who share those goals would do well to ignore the Speaker’s plan—and take a look at Moving Women & Families Forward: A Roadmap to Economic Justice.