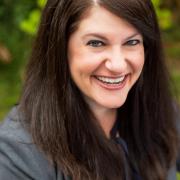 Rabbi Jaclyn Cohen
Share This
Add your voice to the comments

The day began in a white pantsuit; it ended in a deluge of tears.

It’s hard to believe That Tuesday in November fell one year ago. One year, really? For some it feels like yesterday; for others, it seems like … I don’t know, four years already? That beautiful, surreal day – it started with such hope and promise! And then it ended in a trainwreck; a world pushed off its axis.

This can’t be happening, I cried out, my heart racing as Florida went red.

I can’t watch this; I’m going to be sick, our neighbor – also a new mom – shared as she poured more red wine into her glass.

By night’s end I felt physically ill, panic-stricken and exhausted.

But she would have made an incredible president, I whimpered to my husband as he wrapped a blanket around my shoulders. How can our son possibly grow up in this America?

I know, sweetie. I know. Shhh … don’t think about it now. It’s time to get some sleep, he responded gently.

Neither of us slept particularly well that night, or the rest of the week.

But we brushed our teeth and put on our shoes the next morning. We dropped off our then-infant son at day care, listened to Her Speech together in the parking lot. Afterward, zombie-like, we ambled across the street into the intimate French café where every patron appeared red-eyed and forlorn. Around us, conversations focused on two questions: how the hell did he win? and, what do we do now?

And now it’s been a year. A long, hard, baffling, I-wish-I-could-say-amusing year. A year of shocking and not-really-all-that-shocking admissions. A year of chaos, disruption and fear; anger, intimidation and raw, unfiltered hate. A year of allegations, prosecutions, special investigations and Tweets galore.

It’s been a year of change. So much change.

Jewish tradition teaches that when we lose someone close to us we are to say Kaddish in their memory every day for eleven months. On the anniversary of their death we say Kaddish, and each successive year – what we call yahrzeit – we recite those same hauntingly familiar Hebrew words. In doing so we keep a memory alive, reminding ourselves of what once was. Altogether, Jews say Kaddish – a prayer that never once mentions death – as both cathartic balm and time-bound touchstone.

Since November 8th 2016 I’ve recited a Kaddish of my own: for a death of promise and possibility and for the loss of what could have been.

I arrived at the office the morning after raw and vulnerable; coworkers at the synagogue in Seattle where I served as assistant rabbi were in similar states. I remember hugging people, many of us in tears. Am I their rabbi right now, their colleague, their friend? I wondered. We clergy are compelled, whether naturally or by subtle influence, to shelve our own pain and sadness in tough situations. And the boundaries of relationship are different for us – often we are neither friend nor stranger, but somewhere in between. I remember thinking, I’m in just as much pain as they are – how can I even try to hold them in their grief? and, aren’t I supposed to not get ‘political?’ And then I got over myself, allowed for an ounce of humanity, and wept.

At a certain point in that day filled with tearful embraces and collective disbelief, I caught a look at myself in the mirror. I looked horrible – miserable, drained, puffy-eyed. I walked around in a daze, my mind darting to Climate Change! and Supreme Court! and just when I thought my stomachache was easing, Women’s Health! It was a continuous unfolding of fright; though I hadn’t yet binge-watched Stranger Things on Netflix, I felt viscerally this was our version of the Upside Down. Her victory would have brought forth The World as It Should Be. A world of more fairness, compassion, empathy and grace. A world where more women could rise to their fullest potential. A world where a mother and grandmother would occupy the highest office in the country – and that would mean something! Now, somehow, we would live within this dark and murky opposite; the world at its worst.

But the week marched on, and so did we. We had jobs to do, lives to live, a son to raise.

The weekend following the election, Saturday Night Live opened with a heartbreaking, beautiful tribute to both Hillary and the late Leonard Cohen: Kate McKinnon as Clinton, perched at a grand piano, singing a personal, teary rendition of Cohen’s “Hallelujah.” It was gorgeous and perfect. Later in the show, a skit showed host Dave Chappelle and surprise guest Chris Rock laughing at white Clinton supporters as they stare bewildered at election night returns. “God, this is the most shameful thing America has ever done!” Beck Bennett exclaims.

That skit was also gorgeous and perfect, though for a totally different reason. It was a reality check; a lesson in privilege and perspective that eventually inspired my Yom Kippur sermon this past September. Here was the painful truth, spelled out by these two brilliant, outspoken black comedians: Trump’s victory didn’t come out of nowhere. It was something I needed desperately to hear, still caught in my own thick fog of shock and grief.

This is the first of a two-part story.