Open Letter to President Obama — The One Book You Should Read on Public Education: Reign of Error, By Diane Ravitch 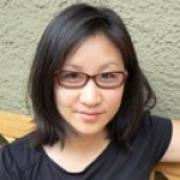 Dear President Obama, You must read Professor Diane Ravitch's latest book, Reign of Error: The Hoax of the Privatization Movement and the Danger to America's Public Schools. You won't like it. No one likes reading about their failures. And that's exactly WHY you should read it. Your legacy is at stake. You risk having Race to the Top known as Race to the Bank due to the enormous payday tech companies, "edupreneurs," and charter chain operators stand to pocket from taxpayer money that instead should go to educating the nation's children.

The official flickr photostream of the White House, ebaillies

In 2008, you were the bright shining hope of a nation tired of being lied to about the Iraq and Afghanistan wars. On whistle-stop campaign tours around the country, parents of young babies would hold them up to you for a candidate's photo op. As a candidate and as President Obama, you've always had a way with kids. I have to believe you genuinely like and care about children. But even then the seeds for what Ravitch calls the Obama administration's Reign of Error had already been sown. At the first meeting of Democrats for Education Reform (a group named in such a way that all but the word 'for' is misleading), you were a young State Senator from Illinois and in attendance. Democrats for Education Reform (DFER) would grow to represent the profiteering wing of self-proclaimed social liberals and fiscal conservatives with designs on the lucrative billions spent by all fifty states on K-12 public education.

You would come to allow -- or steer -- some of the worst policies to undermine, weaken, and privatize public education through your appointee, Secretary of Education Arne Duncan. Those babies and toddlers you kissed grew up some, and are now entering kindergarten and first grade. In some states, children as young as first grade might be taking tests on art instead of actually creating art, or doing worksheets for "homework". Under such age-inappropriate instruction, the joy and curiosity most children are born with seeps from their spirits like air from a balloon, the sparkle of excitement in their eyes and important questions like "why?" and "how?" stop. And their parents are MAD. Not at teachers, but at unending tests, one-size-fits-all data-driven instruction, forty and fifty kids per classroom, and important things still missing from the school day like art, music, physical education, science, history, and more. You see, that's what Gen X parents grew up with -- orchestra, marching band, jazz band, choir, three school plays a year, wood shop/industrial arts, school librarians and school nurses. ALL THAT IS GONE IN MANY SCHOOLS.

Parents are mad because those who went to American public school decades ago know that our children are getting less now than we had then. That's wrong. President Obama, parents, and teachers, are increasingly mad at YOU. How do I know this? I have skin in the game. My son, a fourth grader, started kindergarten at the beginning of the Great Recession.

READ the rest of the review at K12NewsNetwork.com. Cynthia Liu is CEO and Founder of K12 News Network, a citizen-powered watchdog news site for grassroots education issues and a civic engagement platform to empower the authentic voices of public school communities as they work to strengthen and improve schools.