November 6: The Time to Take a Stand 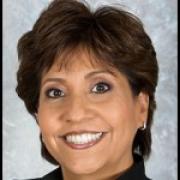 Janet Murguia
Share This
Add your voice to the comments 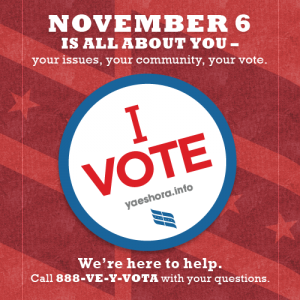 As the fastest-growing group of voters in the country, Latinos could make the difference in several key battleground states in the closest presidential election in years. An estimated 12.2 million Hispanics are expected to go the polls on Tuesday. As the largest nonpartisan national Latino voter registration organization in the country, which has registered more than 90,000 new voters in the last few months, the National Council of La Raza (NCLR) knows how eager Hispanics are to participate in this election. But the only way we can turn “could” into “did” is for our community to take a stand on November 6.

Take a stand on the issues you care about. Get informed about where the candidates in your area stand on the issues of greatest concern to you. We have heard a lot about the economy during this election, and it’s the number one issue for Latino voters according to every poll thus far. But have we heard enough about which candidate is going to focus on creating jobs for those who are unemployed? Who’s going to make sure workers are paid, and treated fairly by their employers?

There are many issues that the next president and Congress will have to deal with that are also of great concern to our community, but that unfortunately did not get a lot of attention in the campaigns. For example, what are the candidates’ attitudes toward education policy, especially when it comes to the nearly one in four students who are Hispanic? How are they going to help the millions of families who have lost, or are on the verge of losing, their homes? How will they make sure that the nearly one-third of Hispanics who don’t have health insurance have access to decent medical care?

And though immigration was an issue of contention, we have not heard a lot of specifics. Do the candidates support the DREAM Act? Will they advocate for comprehensive immigration reform? If not, what alternative do they propose to address an unfair, inhumane, and broken immigration system?

These are just a few of the questions the community has asked to help them make up their minds on Election Day. For more information, NCLR has prepared an issue guide for voters and candidates that is available on our website.

Take a stand against anti-Hispanic policies. A hallmark of the last few years has been a rush to enact anti-Hispanic legislation under the guise of immigration enforcement. Starting in Arizona with the infamous SB 1070, states such as Alabama, Georgia, and South Carolina have passed their own versions of this draconian law. Thankfully, the U.S. Supreme Court struck down most of the Arizona law but left in place the horrendous “papers please” provision. What this means is that everyone who looks or sounds Hispanic—citizen and non-citizen alike—is considered suspect and will be subjected to increased scrutiny, harassment, and abuse in their own neighborhoods. The fight over SB 1070-style laws is far from over. And it’s been joined by another attempt to harass and intimidate communities of color. Voter ID laws are supposed to protect against voter fraud—whose existence has yet to be proven—but in reality these laws make it much harder for communities of color, the elderly, and the poor to vote.

There is one sure way to fight back against these anti-civil rights laws. When someone asks for your papers, tell them they can find them in the ballot box this Tuesday.

Take a stand for respect. For us at NCLR, work on civic engagement won’t stop at the 2012 election. Our ultimate goal is to make sure our community has the clout that 52 million people and counting need and deserve. We don’t tell people who to vote for and we don’t make endorsements. Instead, what we are endorsing is for you to become an empowered American voter and for our community to solidify its role as a voice that matters in our political process. For too long, our community has counted on others to be our champions. It is time for us to be our own champions. Take a stand for your family, for your community, and for your country. Take a stand for dignity, fairness, and respect. Vote! And get everyone you know to vote, too.

I’ll see you all at the polls on Tuesday.

This was first posted to the NCLR Blog.