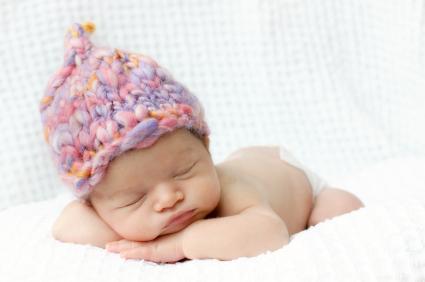 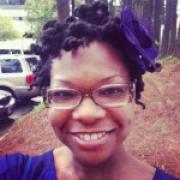 Emma Akpan
Share This
Add your voice to the comments

The North Carolina NAACP and a coalition of organizations fighting for Medicaid expansion in North Carolina recently held a funeral procession to demonstrate the result of our governor’s decision not to expand the jointly funded federal and state health-care program for low-income residents. According to protesters, 2,800 state residents will die in 2014 because the state did not expand Medicaid under the health-care reform law.

What was not made explicit at the demonstration, and at rallies that came before it, is the alarming infant mortality rate in the state, which can be seen as a direct result of women not having access to quality health care even before they become pregnant.

Maternal and infant health should be made more prominent in the movement to advance Medicaid expansion in states across the country, and women should be on the front lines in these discussions, because while our concerns are not being addressed women and their infants are dying.

Women in North Carolina live in a state that claims to want to protect the lives of women and children, but as evidenced in last year’s motorcycle abortion bill, we know the state legislature cares little about women’s safety. The bill contains five provisions limiting women in the state from accessing safe reproductive health-care services.

And that bill represents just one of several attacks on women’s constitutional rights in the past three years. North Carolina’s general assembly also voted to defund Planned Parenthood, limiting access to contraceptives to certain employees, and imposed a 24-hour waiting period before a woman can have an abortion.

It is ironic that “pro-family” legislators over the years have sought to implement reproductive health-care restrictions when the ability to plan your family is a large predictor of the health of the mother and the child.

If North Carolina lawmakers are truly concerned about the lives of women and children, they would remember that when women go without health coverage, they have a harder time having healthy babies.

There are many factors that contribute to infant mortality: most importantly, the health of the mother. But many North Carolina women don’t have access to affordable health care. National reports also show both uninsured and insured women often go without even basic health care, such as yearly checkups, citing as the reasons high co-pays, not able to take time off of work, and lack of child care.

And, with hospitals in predominately Black communities closing, the situation only grows more tragic. As Reverend William Barber explained following the closing of Vidant Pungo Hospital earlier this year:

Poor, uninsured mothers, many of whom are African American, rely upon emergency rooms to seek necessary prenatal and postnatal care. North Carolina’s….tragic trend [of infant mortality] will only continue if health care providers like Vidant continue to move emergency care facilities out of predominantly poor, predominantly black areas to wealthier, whiter communities with higher rates of health insurance.

Sure, women living below the poverty line are eligible for prenatal care throughout their pregnancy and about 60 days postpartum under the federal Medicaid program, but their health before pregnancy is just as important as during and after the baby is born. And, if a mother is not healthy after the 60-day grace period, she risks missing work and putting her family in financial jeopardy, not to mention her ability to physically care for her child, such as preparing meals or helping with homework, is severely limited.

Without Medicaid expansion, North Carolina neglects about 400,000 people, including 204,000 women. These women, disproportionately women of color, cannot insure themselves, and without proper coverage cannot effectively plan for the families they want.

With health insurance, more women in need have access to primary care, where they can learn about possible health conditions that could determine the outcome of a pregnancy, like the untimely death of a child.

Advocacy groups like the NAACP are missing a great opportunity by not talking about high infant mortality rates and the risks uninsured women take every day while caring for their families. These women would make perfect advocates for Medicaid expansion if prompted to talk about these issues.

They would do better by talking about women’s health and the health of their children by bringing the infant mortality rate into these conversations.