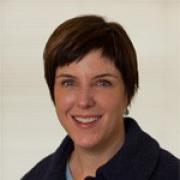 Nicky Goren
Share This
Add your voice to the comments

When you look at the budget of a low-income, single woman with children, one of the first things you’ll notice is that pretty much every dollar is reserved for the most basic necessities. In Washington, DC, half of her income might go toward childcare, another third could be reserved for rent, and the rest will barely cover bills, food, transportation and the needs of her children. When women aren’t paid for the full worth of their work, the effect is often felt by children, extended family, and entire communities; and women are receiving the message that their education, training and efforts are worth less. This is especially true for low-income women and their families.

Washington Area Women’s Foundation mobilizes our community to ensure that these economically vulnerable women have the resources they need to thrive. Often, however, their financial resources are severely limited by disparities in pay. Overall, women in the United States earn 77 cents for every dollar that men earn. Here, in the Washington region, men’s annual earnings are 20 percent higher than women’s. African American women earn 45 percent less than white men, while Latinas earn 63 percent less.

Many women are concentrated in jobs that are traditionally female and typically lower-paying. A report from Washington Area Women’s Foundation found that even when women represent the majority of workers in an occupation, they’re still paid less than men. In office and administrative support occupations, for example, women’s median earnings are still nine percent lower than men’s.

Income disparities don’t just affect women during their working years. According to the Institute for Women’s Policy Research, a Women’s Foundation Grantee Partner, the average annual income for women 65-years-old and older is $20,593 – nearly $18,000 less than men’s average annual income. Each month, older women take in thousands less in Social Security, pensions, and assets. And in addition to earning less and living longer, an increasing number of older women are caring for grandchildren.  Pew Research Center reports that one child in ten in the United States lives with a grandparent. Among those households, one-in-five has an income below the poverty line.

These are some of the reasons why Washington Area Women’s Foundation focuses its efforts on job opportunities with career pathways and family-sustaining wages, asset building, and access to affordable, high-quality early care and education, so that residents in our community have the best possible start in life.

It’s going to take all of us working together to ensure that barriers to a woman’s success are removed. This Equal Pay Day – April 17 – we encourage employers to commit to providing fair wages to workers; we ask that consumers be conscientious about the types of businesses they’re supporting; and we encourage local and federal governments to enact and enforce legislation that requires fair treatment and compensation for all workers, no matter their gender, ethnicity or economic status.

Closing the gender wage gap is part of ensuring that every woman and girl has the opportunity to reach her full potential and help her family and community thrive.

Cross posted from the blog of the Washington Area Women's Foundation.