Losing a Child to Gun Violence Changes Everything 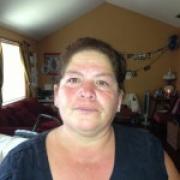 Marilu Garcia
Share This
Add your voice to the comments 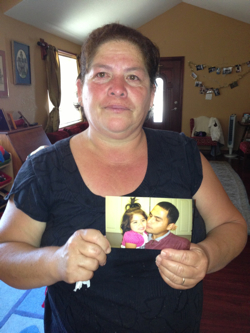 He was 26-years-old, married, and had a two-year-old daughter with another little girl on the way. I don’t know all the details surrounding his death, only that he was leaving a corner store in Oakland, California, with a friend, and that they were both gunned down. My son’s friend survived his gunshot wounds while my son died from his.

Just two weeks ago, a suspect was apprehended in San Jose, California, where he had an altercation with a security guard. The suspect has been arraigned, charged with the homicide of my son and attempted murder of his friend.

While I plan to attend the court proceedings and hope that my son’s killer is brought to justice, I can’t help but feel that we need a major change in this country. Our gun laws are so weak that I see people facing far higher hurdles to purchase prescription drugs than a gun. To buy certain prescription drugs, you have to have a check-up, a doctor’s prescription, show ID – and you can’t buy any drug you want on the Internet. However, you can buy guns on the Internet without having to show proof that you are not a violent person or criminal.

I watch the news every night. All of these shootings in schools, in universities and other public places, it always ends up that a mentally ill young person committed the crime with a legally bought gun. How could we sell a gun to someone who is mentally ill? At the very least, we should have extensive background checks that take into consideration whether the buyer has a violent record of any kind -- including school records! -- or a history of mental illness.

Sadly, it’s been the family members of victims left to pick up the pieces from our relaxed gun laws. The night after my son died, he appeared in the news as the 160-something murder to have taken place in Oakland, California. On the news, he was a number – a very large number considering the gun deaths in our area.

But for my now three-year-old granddaughter who only knows him by the ashes on the little alter I made for him, he is in heaven with my father and father-in-law – also named Francisco. My son Francisco, who we called “Paquito”, was an involved father, making forts in the living room to crawl into with his daughter. He was also a devoted son and brother.

Now, his daughters will never know their father, what he sounded like, receive his encouragement and support, and how much he loved them. No one has the right to do this to another human being.

For my daughters – Francisco’s sisters – and I, our lives have changed forever, too. We take care of Paquito’s now 5-month-old daughter every day while her mother works. Prior to his death, I had planned to retire in my native Mexico. But his girls need me. There is no way I could leave – I’d worry too much about their future.

The death of a child changes everything, including your life’s trajectory and the way you view life itself. It changes everything. No one is ever ready to lose a child, much less in this way. The pain of knowing that I did not get to say good-bye to him is overwhelming. But I can’t let grief take over me because I have two girls who need me.