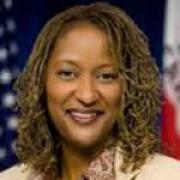 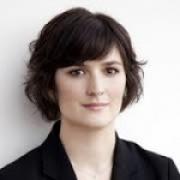 There is little doubt that motherhood can be one of life’s greatest joys.  But as any mother knows, motherhood can also be difficult.  Even in the best of situations and with all the requisite resources, mothering can be heartbreaking and backbreaking. When a mother lacks the resources to keep her child fed, housed and safe, the load can be unbearable.  Right now, in California, the Maximum Family Grant rule is making those challenges worse while intruding on the reproductive rights of poor mothers.

In California, mothers of one in four children face tremendous difficulties because their children live in poverty. In fact, California was recently ranked 46th in the nation for child economic wellbeing.  Due to pay discrimination, wage disparities, and structural barriers to employment, children of female single parents are even more likely than children of single male parents to be impoverished (45%).According to the Public Policy Institute of California, after reaching a low of about 16% in 2001, the child poverty rate in California has been increasing.

Mothers raising children in this kind of poverty must make the most difficult of decisions: decisions about which of her children’s basic needs to care for.  Deplorably, in California, public assistance (CalWORKs) fails to lift many of these mothers and their children out of poverty. The average monthly grant for a family of three is just $464 per month, less than 1/3 of the poverty line.

These realities are even harsher for certain families due to a 20 year old policy that denies basic needs assistance for infants born to a poor family receiving public assistance, unless their parents were sterilized, their mother was using an Inter Uterine Device or Norplant, or their mother discloses private information to reveal that her child was conceived as a result of rape.

Yes, this is current law in California.  Despite being resoundingly rejected by voters in 1994, Governor Wilson’s legislature enacted it, and it is enforced still in 2013.

Several states have recently repealed similar rules leaving California as one of only 19 states to have such a policy.

This rule, called the Maximum Family Grant rule, was implemented with the goal of controling the reproductive choices of poor parents in the California public assistance (CalWORKs) program.  However, decades of research has not substantiated that these types of policies decrease birthrates among low-income women. Instead, the rule has resulted in deep poverty and increased suffering among our state’s poorest infants, children and families. The rule applies regardless of the parent’s personal, religious or relational objections to the use of contraception or whether the types of contraception required by the statute are available and affordable to the parent or recommended by their health practitioner.

This policy is a disrespectful and dangerous governmental intrusion to the reproductive privacy of women and men based wholy on the belief that the ends justifies the means because it will prevent them from having children if they are poor.

It will not only restore reproductive privacy of CalWORKs recipient mothers, it will also restore equality for all infants born into poverty by ensuring that each is eligible to receive a basic needs grant regardless of the circumstances of their conception.

As women, we must make sure that our state policies guarantee our right to make our own, private decisions about contraception and conception regardless of our incomes.  As mothers know, we must resolve that all parents in our state have the means to secure basic needs for their infants.

AB 271 takes an important step in this direction.  Please join us to support its passage by signing our petition and asking others to do the same.