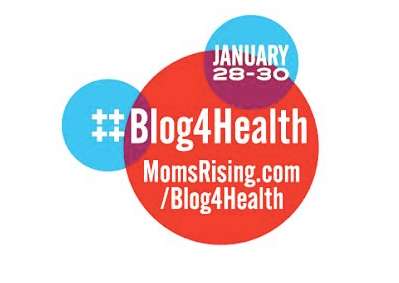 More than 10 million people have enrolled for healthcare coverage under the Affordable Care Act (ACA). Yet, millions more are still uninsured, paying too much for health insurance, or unaware that they are eligible for affordable or no-cost coverage.

This is the second day, in which we are partnering with healthcare advocates and bloggers across the country in order to encourage everyone who has signed up for health insurance under the law to share their story and shed light on the process. We plan to disseminate these stories from all different sources by state, and over three days.

Sharing our stories is powerful. It is the reason the ACA was passed in the first place. Stories are equally important to encourage people to enroll in a healthcare plan. Please feel free to share your or your family’s healthcare story in the comments section below and share this link far and wide. Together we are a powerful force for healthy families!

Arizona
"Amid the Uproar Over the Health Law, Voices of Quiet Optimism and Relief", by Abby Goodnough, Katie Thomas and Reed Abelson, New York Times
"Obamacare Works", by Cynthia B., Phoenix, AZ, Planned Parenthood
"I Am Voting for the ACA Because It Saves Lives", by Donna Crane, MomsRising.org
"Getting Signed Up: Cecilia from Arizona", by Sarah Melecki, Consumer Reports

Connecticut
"Obamacare Works", by Marianne B., Canton, CT, Planned Parenthood
"Even though I had insurance, I still wanted to help other people get it", by SEIU Communications

Delaware
"The Obamacare success stories you haven't been hearing about," by Michael Hiltzik, Los Angeles Times

My son died because Obama care was not yet available.

The insurance companies denied him because he had a pre-existing condition. I used up all the money I had, all the value of my home, and all of my retirement pension trying to help him, but when the money ran out, he died. He was only 49. --Patricia H., IL

"Getting Signed Up: Michael from Illinois", by Sarah Melecki, Consumer Reports

Kentucky
"How We Got Obamacare to Work", by Jay Inslee, Steve Beshear and Dannel P. Malloy, Washington Post

Maryland
"I Am Voting to Protect My Son's Health, His Professional Goals", by Teri Kepner, MomsRising.org

Massachusetts
"Young, Broke & Uninsured: One Year After the Affordable Care Act", by Lena Chen, The Chicktionary

Missouri
"More small businesses are offering health benefits to workers", by Noam N. Levey, Los Angeles Times
"'It Was Kind of Like Online Shopping'", by Rosetta Okohson, Organizing for Action

New Hampshire
"Affordable Care Act has been great for our family", by Cate Jones, Letter to the editor, SeacoastOnline.com

New Mexico
"It's ACA's First Birthday, but Women with Disabilities are Among Those Getting the Gifts, by Katherine Gallagher Robbins, National Women's Law Center

New York
"I Really Believe in This", by Jarred K., Organizing for Action

Pennsylvania
"Spreading the word that ACA works", by Robert Calandra, The Philadelphia Inquirer

South Carolina
"Word of Mouth, Website, Help Pick up SC Enrollment in ACA", by Joey Holleman, The State
"The real story of the Affordable Care Act", by Ned Longshore, Organizing for Action 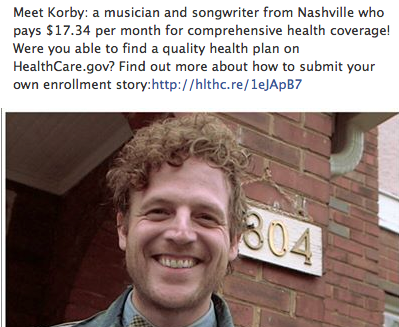 "Mary Got Covered for the First Time in 10 Years", by Get Covered America
"I Am Voting to Keep My Son Healthy", by Michelle Cunningham, MomsRising.org
"I'll be able to afford that medication every month", by SEIU Communications
"Obamacare sign-ups picking up steam in Texas", by Sherry Jacobson, The Dallas Morning News
"Obama: Ignore critics and prepare to shop for health care insurance", by Suzanne Gamboa, NBC Latino
"Why I Advocate for Medicaid Expansion", by Vernell Simmons, Direct Care Alliance, Inc.

Virginia
"Our Family's Entrepreneurial Obamacare Success Story", by Andrew Culver, Medium
"I Am Voting For a Healthy Future for My Daughter", by Elaine Cornett, MomsRising.org
"Roanoke woman saves big on Healthcare.gov", by Jean Jadhon, WDBJ7.com

"I Can Go to the Doctor Again", by Virginia Lindahl, Organizing for Action

Wisconsin
"Why I Volunteer: The Affordable Care Act", by Patti of Wisconsin, BarackObama.com