Let’s Stop The Tax Cuts For Corporations Instead 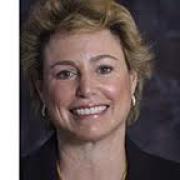 Reggie Oldak
Share This
Add your voice to the comments

How much would it cost to #stopthecuts to all the non-defense programs threatened by sequestration next year? $37 billion. And even if the sequester is averted, funding for these programs would be at historically low levels, following years of reduced funding.

Some Members of Congress refuse to spend a penny more to prevent cuts to programs vital to women and their families. But when it comes to tax cuts, especially for corporations, the sky’s the limit.

Not everyone noticed, but also last month, the House Ways and Means Committee voted along party lines to approve five tax cut bills that would add a total of $412 billion to the budget deficit over ten years. Just three of them — the look-through rule for controlled foreign corporations, the “active financing” loophole, and bonus depreciation -- would cost $380 billion over the next 10 years.

The bills would make permanent five of the more than 50 so-called “tax extenders” without offsetting any of the cost and without considering whether they remain (or ever were) good tax policy. These provisions are officially temporary but have been routinely renewed every year or two as a package. Most of them benefit corporations, including multinational companies that ship jobs and profits overseas.  (Yet the Committee didn’t vote to save key provisions of tax credits for working families.)

But years of tax policies that have disproportionately benefited wealthy individuals and big corporations have left us with a tax system that is both unbalanced and insufficient to meet national priorities. Unfair tax breaks cost the federal government billions of dollars a year — money that could be used to protect the most vulnerable now and expand opportunity for a better future for everyone.

It’s time for Congress to reach agreement on an actual budget deal, one that raises the funding caps and helps real women and their families make ends meet and escape poverty.