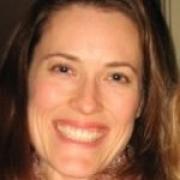 Joanne* had her baby, took a 12 week job protected leave through the Family Medical Leave Act (FMLA) and then dutifully returned to work.  She spoke with her supervisor about her desire to continue pumping her breast milk and they worked out a reasonable schedule for her to use a back room to pump.  Her pumping breaks took an extra 10-20 minutes a day beyond her normal rest and meal breaks.  Because she is a low wage employee, her cost to take the breaks would have been approximately $5 a day, or the cost of a Venti latte.

After a month, the owner found out that she was pumping and docked her pay excessively for taking the breaks, cutting her pay by almost a third.  When Joanne asked why she was being penalized for taking time to pump her milk, she was berated and accused of trying to steal from her employer.

Her employer then demanded that everyone sign an agreement with a new policy regarding lactation breaks.  Any employee who did not sign the agreement was told that they could not work until they had signed the agreement.  For the other employees, lactation was not a priority because there were either male or not lactating.

Joanne is a low–wage worker without access to legal counsel.  When she advised her employer of this fact, she was told that she couldn’t come back to work.  She wasn’t fired.  She didn’t quit.  She was constructively terminated.

Employer discrimination of lactating employed mothers is becoming more common as women begin to assert their Federally and State protected rights to a lactation accommodation.  Creating a hostile working environment creates a barrier to breastfeeding.  Many women will opt to not breastfeed than to assert their rights.

One of the strongest positive health behaviors that a mother can take to ensure the health of her child and herself is to exclusively breastfeed.  How can we reconcile public health recommendations for extended and exclusive breastfeeding, when our employers are unsupportive?

Returning to work is the number one barrier to breastfeeding for most women, but not for employees whose employers have lactation accommodation policy and programs.  Research shows that when an employer communicates support for the lactating employee, women return to work earlier and at a higher percentage, with retention rates reaching almost 100%.  Employers reap the rewards of productivity and lowered health care costs.

Pregnancy discrimination in the workplace has increased dramatically in the last 10 years, however the US Equal Employment Opportunity Commission (EEOC) is crippled in protecting lactating women in the workplace.  The most recent case out of Houston demonstrates how the national case law does not recognize “lactation” as a medical condition related to pregnancy.  The solution is to change the law.

Tell your US Congressional representatives to pass the Breastfeeding Promotion Act of 2011:  this act will amend the Civil Rights Act of 1964 to protect breastfeeding women from termination or discrimination and extend federal lactation accommodation protection to teachers, administrators and other exempt employees.

If you live in California:  Support AB 2836.  Assemblyman Allen (D-Santa Rosa) has introduced this legislation, which will change the definition of “sex” to include “lactation”, making discrimination of a breastfeeding employed mother formally sex discrimination.

If you live in New York:  Support New York bill S6273/A9114 which will allow “reasonable accommodations for pregnant workers”.   Pregnant women are often forced to take unpaid leave or are fired.  This bill will require employers to provide reasonable accommodations for pregnancy, which in turn will allow a pregnant employee to work longer so that she has more job-protected leave after her baby’s birth to breastfeed and bond.  California already has this type of pregnancy disability protection.

While Joanne is actively seeking new employment, she has been struggling to make ends meet with a young baby.  Her unemployment claim has been denied and the process of filing claims is slow.  We can help to make the healthiest choice the easiest choice.  An employed mother shouldn’t have to choose between her paycheck and the health of her child.  It’s time to end the discrimination of breastfeeding employed mothers.

* name changed to protect her identity