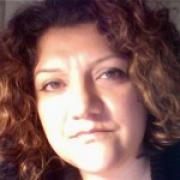 Amalia Deloney
Share This
Add your voice to the comments

The impact of incarceration transcends the boundaries of penal institutions.  In addition to the financial challenges it generates, comes the emotional effect of being separated from a loved one.  More than half of prisoners with children are held more than 100 miles away from where they lived previously, and 10% are held over 500 miles away.  As a result, traveling for in-person visits is time consuming and expensive–and thus unaffordable for many.  Given this, access to low-cost phone service options should be part of the connectivity equation.  In fact, connecting Moms, children, partners and relatives should be a national priority!  The research is clearly on our side--childhood development experts say that regular contact between family members and their incarcerated loved ones is essential for everyone’s health and wellbeing.   And, studies show that regular communication between inmates and their support system can also help reduce the likelihood of a return to prison.

“I’m just a Mom.   I need to know how my son is, and how he’s doing.  For me to have communication with my son, it’s like having hope, I need him as much as he needs me.”  -Luisa

Sadly, the reverse is also true.  Today, it can cost a mom more than $18 for a 15-minute phone call with her child in prison.  In either case, driven by corporate profiteering, families are forced to pay these excessive rates or give up staying connected.  Our communities urgently need federal oversight of predatory prison phone call rates, which is why the Media Action Grassroots Network (MAG-Net) —together with Prison Legal News and Working Narratives—developed the national Campaign for Prison Phone Justice.   Since 2010, this campaign has mobilized thousands of incarcerated individuals and their families, criminal justice and civil rights advocates, media makers and activists from across the country to lower the lost of calls from prison.

Luisa's 14-year-old son was sentenced as an adult and sent to prison at the age of 14.  She has sent countless letters to him but can rarely hear his voice due to the predatory phone rates charged in the United States prison system. Listen to her story!

We partnered with Participant Media, a film company that creates specific social action campaigns for their releases, designed to give a voice to issues that resonate in the films.  Participant Media has chosen the film Middle of Nowhere, to support our campaign.  This film, which releases in U.S. theaters starting Oct. 12th chronicles a woman’s separation from her incarcerated husband, revealing the challenges faced by families in staying connected to loved ones in prison and the effect on both parties.

By showing support for the film you're not only championing independent female filmmakers of color, but you're making media that matters a part of the national (and international) conversation. Let us know if you plan to see the film, then join our Campaign for Prison Phone Justice and let the FCC know that mothers care about this issue!