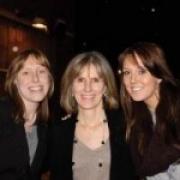 A few years ago my daughter Julie was diagnosed with an illness called Dysautonomia and Postural Orthostatic Tachycardia (POTS).  Julie had numerous hospital visits requiring many tests and procedures.  The costs were astronomical.  Julie continued to be covered under my insurance through my employer who provided a great plan.  Julie's insurance was to soon come to an end because of her age but her illness was getting worse and Julie's health deteriorated severely at the end of 2010.  Julie was blacking out daily and unable to continue work or school.  There were days when she only had the energy to crawl to the bathroom.  Julie had a heart monitor installed as her doctors believed there was a possible underlying heart condition.

On January 11th I got a phone call that Julie's monitor revealed episodes of 100% heart block which could result in sudden cardiac arrest.  She was immediately scheduled for a pacemaker.  This was weeks after Julie would have been dropped from my health insurance.  I can't even allow myself to think of what would have happened.  Julie needed a very unique pacemaker that was just approved in the U.S. in May of 2010.  Would we have been able to find a local cardiologist familiar with dysautonomia?  Would we have been able to request a specific pacemaker that her cardiologist in Toledo recommended?  Would she have been able to be admitted after going to the emergency room for days to be monitored before her pacemaker was put in?  As I feared for her life and her recovery, the stress of wondering whether or not she could have even gotten the help she needed was not a thought I could fathom.  What is sad is that I know for many families, these kinds of worries are so very real.
Julie looked at me the day after her pacemaker was put in and said "Mom, look at my fingernails!"  I said, "Why?"  She 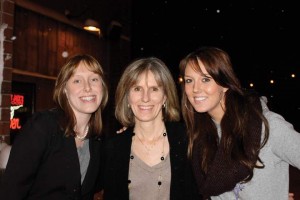 said, "Mom, they're pink!"  It had been a long time since blood had reached her extremities.  Holding her warm hand after surgery, warmed my heart.  As I stared at the heart monitor now pulsing with a regularity I hadn't seen all week, I swear I could see the changes in her face as the blood seemed to be bringing the needed oxygen to her every part of her body.  Julie's heart is now beating more regularly and helped daily by her pacemaker.  She is not completely healed.  The coming months will show how many of the symptoms of Dysautonomia remain.  Since the pacemaker though she has not blacked out which previously was an almost daily occurrence rendering her unable to do almost anything most days.
As my fears of something really serious happening to Julie now dissipate, my fears increase for Julie when I think about health care reform being repealed.  She is a beautiful grown young woman but to me still my baby girl and deserving of health care that we are more than willing to pay for.  We want nothing for free.  I just want to go to sleep at night knowing that in this wonderful country called the United States of America, with all of the brilliant health care providers that we have here, my daughter can get health care when she needs it.

P.S. I want to add: I find so many people that I talk to aren't aware of their options and don't know where to go. Here's a terrific resource to help you get started if you're in this position: http://www.gettingcovered.org/toolkit/#