Kale Salad and the Kids of East Los Angeles! 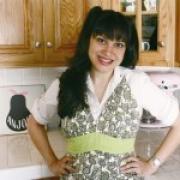 Nicole Presley
Share This
Add your voice to the comments

I originally wrote this story for my food blog Presley's Pantry. All photos were taken by Mando Lopez. --Nicole

LA CAUSA is a local non-profit organization in East Los Angeles that works to re-empower youth that have been pushed out of the traditional educational system and provides them with knowledge, training, and hands on preparation in becoming agents of change in their community. LA CAUSA has now opened a sub-division called “PALOMA” – (People’s Affordable Local Organic Market Alterations)….

It’s a great program that is reaching out to local corner markets to increase the percentage of healthy food/produce available in stock and by doing so decreasing the amount of junk food in store. They are transforming the East Los Angeles Food Desert into a Food Oasis one store at a time.

The first store to undergo the makeover is Edith’s Market located at 498 South Ford Blvd. Los Angeles, CA 90022, which is positioned directly across the street from Humphreys Elementary School.

Since this store is central for many kids in the community, LA CAUSA/PALOMA thought it would be clever to teach the children at the elementary school how to incorporate some of the new produce available to them into their diets. This is where I come in….It was my pleasure to take part in this program and give the children a salad-making demonstration along with samples. KALE SALAD that is. I was pleasantly surprised by the reaction I received from the majority (95%) of the schoolchildren. They asked for second and third servings of kale salad! SCHOOL-AGED KIDS EATING KALE! Some of their parents were on hand to witness the demo and were shocked by their kids' reactions, which prompted them to find out more about the leafy green. Here are a few pictures from the event along with the kale salad recipe. Try it on your kid today, there’s a huge chance he or she will love it.

Directions: In a large mixing bowl add chopped kale. Set to the side. In a medium-sized bowl add all ingredients for salad dressing and mix well. Then pour salad dressing on top of kale and allow it to sit in dressing for an hour to two hours. Then add in onion, almonds, and cranberries. Mix well and serve. Enjoy!

Here are some wretched facts about the East L.A. community and why these programs are important:

Parents in East Los Angeles and across the nation are concerned about obesity.  In fact, a just released poll found that eighty one percent of voters are concerned about childhood obesity and eighty percent favor national nutrition standards that would limit calories, fat and sodium in snack and a la carte foods sold in U.S. schools and encourage the consumption of fruits, vegetables, and low-fat dairy items.  My experience with kale salad shows that dietary change is possible and welcomed by children.